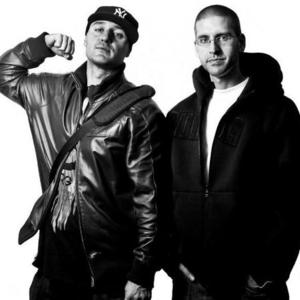 Straight Outta Switzerland, NEFEW, New Education From Every Word, stands for authentic rap music strongly sticking to the fundamentals of hip hop. In 1999 they released their first vinyl-EP called Lyrical Quarrel, of which they sold over a thousand copies in

Switzerland only. After having contributed to different
international projects, theyve released their second EP in
2003 entitled Pieces of Forsaken Times, of which they sold
over 4000 copies in Switzerland, Germany, France and the US.
Both releases had been put out independently under their own
temporary label Out Of Frame Records, followed by other
international works on mixtapes and compilations. In 2005,
Polemikk and PA-Double decided to take their work to another
level by working on their first album, which they finished
within 10 months, currently holding 20 tracks. Nefew is
often compared to artists such as Little Brother, Talib
Kweli, Ken Starr and Pete Rock by many of their reviewers.
With their dynamic solo performances on stage and alongside
artists such as Dead Prez, Timbo King (Wu-Tang), the Digable
Planets, the Pharcyde and the Expansion Team , theyre able
to fascinate all of their spectators. Their music ranges
from Neo Soul to up-to-date hip hop with soulful elements
and a positive lyrical content. For their first album, Nefew
collaborated with US artists such as Boston MC Insight,
radio hosts B. McLean and P. Rainyn and Jazz singer Daniela
Sarda. Polemikk and PA-Double both see themselves as
representatives of authentic rap music and a strong hip hop
ethic, sticking to the real fundamentals of the culture.