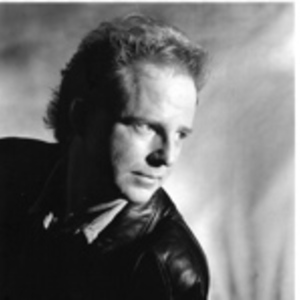 Born in the South, Ned Selfe grew up in an atmosphere filled with art & music. His eccentric mother was an avid art collector and played classical music for hours on end. He began playing acoustic guitar at an early age, until he heard Duane Allman playing electrified slide guitar and was mesmerized by the sound. He experimented with bottleneck, dobro, lap steel, and finally wound up focusing on pedal steel guitar.

His love of music lead him across the country to attend Blue Bear School of Music in San Francisco. It was the early 70's, a great time for music in the Bay Area. The teachings at Blue Bear corresponded to the musical thought of the times; it doesn't matter what you call it as long as it's good music.

Since he began playing pedal steel, Ned has been striving to explore "...where no steel has gone before...." He played in blues, country and swing bands before putting steel at the forefront of the pop rock band Robin & The Rocks. In the early 90's he began experimenting with traditional slide instruments and MIDI technology. Inspired by a project for Stephen Hill of Hearts of Space, he composed his first solo effort, "Glaciers Come, Glaciers Go", a unique confluence of rock roots and new age instrumental ambience that surprised even the author. His work on "Glaciers..." earned Ned two second round Grammy nominations, for Best New Artist and Best Engineered Recording, as well as nationwide airplay on a wide spectrum of radio stations from NAC to NPR to cable networks.

His second CD, "Errands In Paradise", also earned Grammy nods for Production and Engineering, with even more radio play and critical acceptance. He has since journeyed even further West to Hawaii and is currently at work on completing his 3rd solo CD.