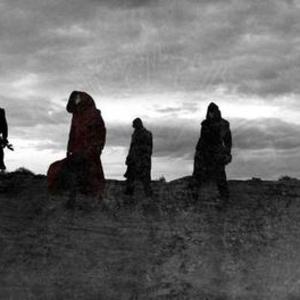 Nazxul is a black metal band from Sydney, Australia. The group was formed in 1993 by guitarist Adrian Henderson, keyboards player/guitarist Lachlan Mitchell, former Mortal Sin and Slaughter Lord drummer Steve Hughes and Dalibor Backovic on vocals and bass. A demo appeared the following year and with the addition of guitarist Greg Morelli from Sydney thrash band Grungeon. Nazxul began work on an album called Totem that was released in 1996. Originally envisioned as a mysterious studio-bound project, the group only appeared in publicity photos as shadowy figures or draped facelessly in cloaks.

Hughes left the group after this to pursue a career in stand-up comedy and soon left Australia to live in Ireland. His replacement was Peter Kostic from Sydney rock band Front End Loader. Almost immediately, Nazxul was booked to support Finnish extreme metal group Impaled Nazarene on part of an Australian tour. In a remarkable turn of events, Kostic's other band was then approached to tour with British rock group Skunk Anansie over the same period but declined due to the drummer's commitment to Nazxul; the Skunk Anansie tour was in turn cancelled when the group suddenly split up. Morte was fired after this tour and Backovic returned for Nazxul's appearance at the Metal for the Brain festival. In the meantime, Black Seed was re-released with several live tracks recorded during the tour added to the track listing. The cover was slightly amended with the iconography rendered in gold instead of green.

After playing a final show for the year all activity from Nazxul then appeared to cease abruptly. Kostic joined Regurgitator in 2000 and the Hard Ons in 2001. Hades recorded two more albums with Sadistik Exekution before embarking on a solo career. Mitchell continued his work as a professional sound engineer and in late 2001 formed a nu-metal band with several former members of Canberra group Henry's Anger. In 2002, Sydney black metal label Decius released a limited-edition live album (titled simply Live) on 12" vinyl. The recording was of the group's 1999 Metal for the Brain performance. A year later, the Nazxul track "Apostasies Legions Arise, Xul!" appeared on a compilation release from Hiberica Records along with tracks from American band Krieg, Necroplasma from Sweden and Goat Semen from Peru.

The band was not at an end however. Four tracks of dark ambience, recorded primarily by Henderson, were released on a split EP with Melek Tha in 2004. The same year, Nazxul regrouped with a new line-up that included Henderson, Morelli and Mitchell plus two former members of Wollongong black metal band Secretain, Daniel Lomas (vocals) and Luke Mills (guitar), and drummer Tim Yatras from another Wollongong band called Battalion. Originally booked to tour with Dimmu Borgir, the Norwegian band cancelled its visit but several months later Nazxul undertook a tour with Adelaide based Gothic metal band Virgin Black instead. Since that time, Nazxul has again been dormant. Mills continues to play in various black metal bands and Yatras is currently the drummer with Lord.

Their guitarist Greg Morelli was killed during a motorcycle-accident on November 20th 2008. RIP.