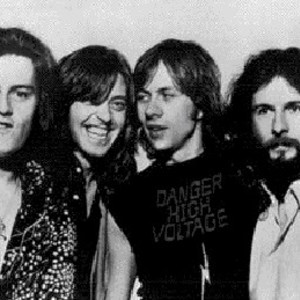 Natural Gas was a rock band featuring Peter Wood, Joey Molland, Mark Clarke and Jerry Shirley. They released one album, Natural Gas, produced by Felix Pappalardi, in 1976. They were billed as a 'supergroup' of sorts, including members from Badfinger, Uriah Heep, Humble Pie, and Colosseum. Their only album was their self-titled debut on Private Stock record in 1976. The album failed, and the band disbanded. Molland eventually reformed Badfinger with Tom Evans.