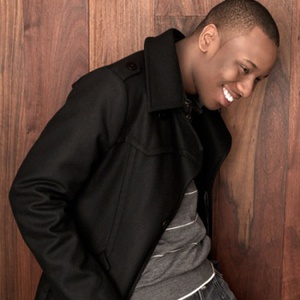 Nathan refers both to an English singer and a Canadian band. Nathan Fagan-Gayle, known commercially as Nathan, (Nathan Haymond) is a British R&B singer, most famous for his top 40 hit single "Come into my Room", which was released on V2 Records. He has since released three other singles, including "Round and Round", which received a limited release in late 2005 and "Cold as Ice" in 2006, a promo only single.

Nathan Fagan-Gayle, known commercially as Nathan, (Nathan Haymond) is a British R&B singer, most famous for his top 40 hit single "Come into my Room", which was released on V2 Records. He has since released three other singles, including "Round and Round", which received a limited release in late 2005 and "Cold as Ice" in 2006, a promo only single. His debut album Masterpiece, for his latest record label, Mona Records, was released on 9 October 2006. He also released his third full single, "Do Without my Love" on 12 March. In 2008, Nathan is scheduled to release his second album "Eyes Dont Lie". He is currently recording the album in the US working with producers Stargate, but does not have a release date as of yet. There have been two leaked songs from the album, "New Position" and "Love Story".

Nathan is son to Reggae singer Lorna Gee. Nathan and his mother moved to Jamaica when he was just 2 years old so that she could pursue her career. As her profile developed she relocated to America while Nathan remained in Jamaica with his grandmother. At the age of 5 he joined his mother in New York where they settled until Nathan turned 11.

The Canadian band: ?Lift me out of this dustbowl and hand me a champagne"
Key Principles, Nathan

What is western music? Is it the sound of the wide open plains or a smoky saloon? Tales of taciturn men and long-suffering ladies who cry tears in their beer? Or has that tradition been replaced by something more complicated, where horses have become fast cars and saloons are now strip malls, but even in the most urban setting, there's the restless, rough-and-tumble feel of a frontier town, and everyone still yearns to get the hell out of Dodge sometimes?

It's that kind of west that Nathan taps into on their third album, Key Principles. The Winnipeg band, singer/guitarist Keri Latimer, singer/accordionist/banjo-ist/guitarist Shelley Marshall, bassist Devin Latimer and drummer Damon Mitchell harness the essence of the Canadian Prairies in the same way songwriter Jim White puts his finger on the idiosyncrasies of the American South. From John Paul's Delivery, a nostalgic ode to sneaking out of the house to "campfire fuelled by some old fence / skies like planetariums," to Trans Am, whose gentle thrum is the sound of small-town restlessness ("This is not a great escape / no miles to go no distance gained / the foreground bends to let me by / it knows I won't leave it behind"), Nathan documents the paradox of places that are somewhere in the middle of nowhere.

It's a sound the band has been honing since the release of their 2001 debut, Stranger,and refined on their sophomore album, the Juno-nominated Jimson Weed, which brought home awards and garnered critical kudos across North America. For Key Principles, however, Nathan wanted to uproot their rootsy sound a bit. To that end, they enlisted producer Howard Redekopp (New Pornographers, Tegan & Sara), who introduced an expansive sonic palette that helped the band navigate the line between their two-steppin' tendencies and their pure pop passion. There's room here for Brill Building melodies, Kurt Weill cabaret and Tex-Mex mariachi. The banjos are balanced with horns; the twang is tempered with a little Theremin and the cantering rhythms are accented by handclaps.

That's not to say Key Principles is slick. In an age of push-button music, Nathan's songs feel endearingly, alluringly homemade (a philosophy that goes farther than just the songwriting -- consider the quilts hand-stitched by Keri and Shelley that decorate the stage at live shows and serve as evocative album art). And the homey feel follows through to Key Principles' subject matter, which often centers on the idea of domestic life.

That's no surprise. Family can't help but influence on the two songwriters, as Shelley is mother to a toddler and Keri was seven months pregnant while recording the album. But in true Nathan fashion, that domesticity has a dark side; in every dream home a haunting. It's a darkness that's belied by the clear, sweet voices twining around each other like ivy, but below all the sun-dappled leaves reaching upward, there's a twisted, gnarled root that burrows into dark places "So heavy-hearted / you've been combing the carpets / turning over the couches / ear and glass to the wall," they sing in Secrets.

But that duality is a big part of what defines the Prairies, after all: darkness and light. And Nathan captures it all, the modern, old-fashioned sound of the lonesome, crowded west.

Do Without My Love