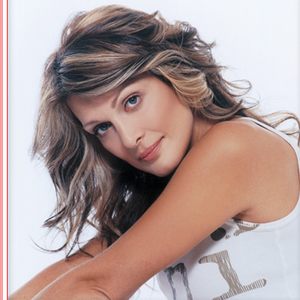 Natassa Theodoridou (?????? ??????????, Nat?sa Theod?r?dou), born October 24 in Drama, is a well known Greek singer in Greece. She is the only female Greek artist to have her first 3 albums achieving platinum status. She has reached the point in her career where she is considered as one of the most authentic voice of her generation. Together with her style and class, she has established herself as a Diva in the Greek music world.

Natassa began her singing career in Thessaloniki, where she was born and raised. In 1996 she relocated to Athens where she appeared at the music hall "Handres" next to other big Greek singers such as Antonis Remos, Labis Livieratos and Triantafilos. This opportunity led to more massive recognition for her, and multiple professional singing offers. Her high quality performance on stage along with her magnificent voice and style led to her selftitled album was released in August 1997 and became gold and platinum in no time, establishing Theodoridou as one of the biggest names in the Greek music scene. Her second album "Defteri Agapi" (Second Love) was released in 1998, which became a gold and platinum record.

Natassa has worked with numerous well known composers and songwriters who had helped her set new standards in local music repertoire. Evi Droutsa, Natalia Germanou and Triantafilos are only a few of the songwriters that have worked with Natassa.

More recently her Greek adaptation of Latin artist Shakira's hit single Ojos Asi, which in Greek has been adapted to "Kiatazeititai" (Wanted), was a big hit in the Greek pop music scene.