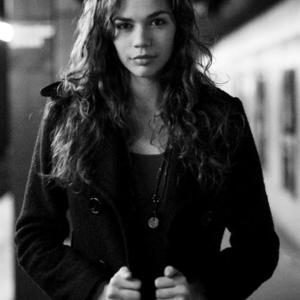 Singer / songwriter Natalie Gelman is quickly gaining acclaim and recognition for her music. Her passionate songs and voice have brought comparisons to Sheryl Crow, Joni Mitchell and Jewel. Upon releasing her debut album Natalie rollerbladed 1500 miles up the East coast from Miami, FL to NYC raising money for charity in concerts along the way. Currently the NYC native is touring the country in support of her album as well as performing in the NYC subway.

As a street performer she has been featured on the front page of the NY Times and in numerous papers, magazines and TV shows across the globe.

Moth To The Flame