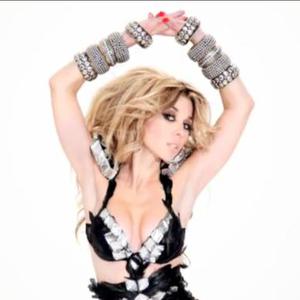 There are at least five known singers who perform under the stage name Natalia: 1 - NATALIA FROM SPAIN 2 - NATALIA FROM BELGIUM 3 - NATALIA FROM ENGLAND 4 - NATALIA FROM GREECE 5 - NATALIA FROM KURDISTAN 1) NATALIA (SPAIN) (NATALIA RODR?GUEZ GALLEGO) (official myspace) Natalia Rodr?guez Gallego (born December 11, 1982) is the full name of the Spanish singer Natalia. She was a contestant on the successful Spanish TV show Operaci?n Triunfo (Spanish American Idol) in 2001, where she finished 14th.

1) NATALIA (SPAIN) (NATALIA RODR?GUEZ GALLEGO)
(official myspace)
Natalia Rodr?guez Gallego (born December 11, 1982) is the full name of the Spanish singer Natalia. She was a contestant on the successful Spanish TV show Operaci?n Triunfo (Spanish American Idol) in 2001, where she finished 14th.
In 2002, she released her highly successful album 'No soy un ?ngel' (I'm Not an Angel), which didn't journey out of the genre pop music. She sold about +250.000. This album has got 3 singles. The first it was called 'Vas a volverme loca' (You got me going crazy) and it was a hit in Spain. The second one, 'La noche lleg?' (Crazy tonight) it was a little more latin, inspirated in 'La isla Bonita' of Madonna. This song was very succesful on summer of 2002. The third and last single from this album, it was 'No soy un angel', a dance song. This single has not received any promotion, but it sound in all clubs around Spain.
In 2003, Natalia released 'Besa mi piel' (Kiss My Skin), which equally was a success. On this album, she included 4 of her own compositions (including the first single, also called 'Besa Mi Piel'). The second single was 'Solo tu amor' (Only your love), a rock song, which was very succesful in radios. Natalia turns a little more rocker, and during the promotion she always wore leather sexy red trusers, and leather tops. Finally, she selected 'No, no' (No, no), a R&B song, which it wasn't very succesful in Spain, because the R&B is not very apreciated in Spain, but the song was included in some hit recopilations.
In 2004, she released 'Natalia', her third album. The first single was a track penned by Lucie Silvas called 'Sombras (Shadows). The video (which featured Natalia in a haunted house being seduced by a ghost) was seemed too inappropriate for young children and it wasn't shown on Spanish TV until the late evening, which caused a flop in sales. Amid this, the second single, 'Que No Puede Ser' (That it cannot be), became a lot more successful than the first single, due to another expensive video and a big promotional tour across Spain, where Natalia sang live on many important TV shows. This album, however, was mainly based on rock music. It included a version of ACDC's 'Highway to Hell'.
Natalia has appeared on many other artists albums. In 2004, she appeared on an album by Spanish singer Tony Aguilar on a song called 'Vuelve'. With addition to this, Natalia has appeared on AT's album 'Electric Grease' with the song 'I Love This Game', which was released across Europe.
Natalia took a break for a year. However, in September 2005, she made her comeback in style. First of all, she won the Spanish reality TV program 'Gente de Primera (#1 People), where celebrities take an anonymous singer and they transform them into pop stars.
In June 2006, Natalia released her fourth album, 'Nada es lo que crees' (Nothing is as you believe). It got to #25, 4 places lower than 'Natalia'. The first single, 'Loco por m?' (Crazy about me), got to number 3 in the Spanish chart, solely on Internet Downloads. In the video of 'Loco por mi' we could see the sexiest Natalia ever, and with this, she show the people that she was not yet the innocent girl that all thought.

Natalia Druyts is a Belgian singer. She studied English and Spanish, but later she focused on her singing career. Natalia came second on Belgian Idol 2003. Afterwards, she was the only one to pursue a career in the country. After Belgian Idol, she also participated in Eurosong 2004 (the Belgian preselection for the Eurovision Song Contest 2004) where she became second, with the first place going to Xandee. Natalia is well known for her strong stage performances. She has shared the stage with Shaggy, En Vogue and the Pointer Sisters.
Albums:
- This time (2003)
- Back For More (2004)
- Everything & More (2007)
- Wise Girl (2009)

Natalia (UK) is actually Natalia Hajjara. Her father is Lebanese-Jordanian while her mother is Welsh-Greek. They separated when she was 3, and for a time she lived with her dad in Jordan.

Natalia took up classical ballet on a full scholarship from Elmhurst Ballet School, one of Britain's leading dance schools. It was only later during her studies that she also studied jazz as a musical form, which eventually led her on to her singing career. She cites R&B, soul, and jazz as other influences to her pop music.

Natalia's first musical stint was with girl band Pussy Katz. Short-lived, obviously as there's hardly anything on the internet that mentions them. Her first real break in the industry came when she was discovered by music producer K Warren.

Natalia's first hit single is actually "Thanx 4 Nothing." This song was among several Natalia penned and produced with Warren. It hit the top of the charts of MySpace unsigned artists during 2006. It was in December of that year that Mark Shimmel of Upper 11 Records discovered and her and signed her to their label.

Natalia's upcoming album is entitled "All of Me." There are already two singles out for this album, "Pretty Like Me" and "Perfect Day." In the meantime, you can also catch Natalia as she is currently on tour, supporting girl band Girls Aloud.

Here are a few fun facts about Natalia pulled from her blogs and journals that might interest her loyal fans.
Natalia has formed her own club called Unique and United. This is her own personal effort to encourage the youth to look use their talents and abilities to express themselves, and to appreciate their unique beauty and individuality. It's already spawned a spin-off magazine with the same name.

Natalia actively campaigns for youth charities, especially for the programs against bullying. She's currently an active supporter of UK Youth and Beat Bullying, charities that help support youth programs that seek to fight bullying of all forms in the schools and communities.

Natalia often gets into trouble with the law! But not in an Amy Winehouse or Britney Spears way. She admits that she's not a very good driver and has a tendency to inadvertently park in places where it's not allowed. Traffic tickets in her name are not an uncommon occurrence.

Natalia is afraid of peacocks! During one of her recent supporting gigs for Girls Aloud at Tottenham Castle, she had an encounter with the birds that wandered the grounds of the castle. She called them "big scary pheasants" and ended up hiding behind her manager and friend.
Finally, a "Perfect Day" blouse is already available in Topshop's flagship store in Oxford.

Natalia is from Greece and she gained popularity in Greece when she starred at a Greek-Turkish series. Natalia Doussopoulos was born on April 8th, 1983 in Athens. She was featured in several songs with the Turkish pop singer Mustafa Sandal including "Hat?rla Beni" in 2000 and "A?ka Y?rek Gerek" in 2003. Some of the songs in her most recent album "Eisai I Mousiki Mou" were translated into Turkish and put into a second version of the album, titled "Sen Bana ?ark?lar S?ylettin".

In My Blood (CDS)