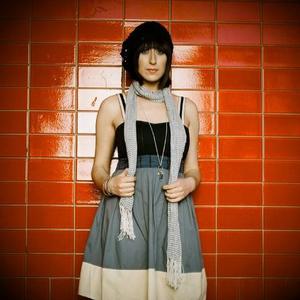 Nat Jay took her first steps in her parents' music school and continues to land on her feet in the world of music today. With songs placed on MTV's The City, ABC's Men In Trees, CBC's Heartland and more to come, Nat Jay's fan base is growing exponentially with every day. In the last year, she has found herself a showcasing artist at NXNE, a featured songwriter at the Vancouver Folk Festival, and a guest on CBC Radio 2's ?Canada Live.

?? An advocate of her local music industry, she is a member of the Music BC Industry Association Board of Directors and a part of the West Coast's newest buzz group, The Prettiest Face In Town, a collaboration of four of Vancouver's top emerging songwriters.

After studying music at the University of British Columbia as a flautist and vocalist, Nat Jay put her education to use as a promising singer/songwriter in North America's musical landscape. Since releasing her debut EP, Lights Across the Sky, to a sold out room at Vancouver's Media Club, she has been compared with powerful performers like Joni Mitchell, Alanis Morisette, Patsy Cline, and the Dixie Chicks. She has also shared the stage with such esteemed songwriters as Justin Rutledge, Dan Mangan and NYC's Jay Brannan. Nat Jay's compelling and highly accomplished vocal delivery will certainly turn heads in a noisy club, but it is her emotive songwriting ability that will steal the hearts of each and every audience member.

Earlier this year, when "Love When I Can" appeared in the final moments of MTV's hit show,The City, Nat Jay received an overwhelming response from new fans around the world, gaining over 20,000 plays on Myspace in the weeks following.

?I grew up surrounded by music of all kinds?it made such an impression on me as a child and has been such a big part of my life ever since, so there's nothing better than when someone tells me that my music has made an impression on THEM,? says Jay. ?I write what I see and feel in my own life and in the world around me, and I guess that's what people relate to.?

Love When I Can

Lights Across the Sky