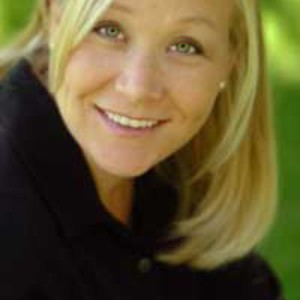 Nancy Hanson's songwriting is simple, honest and from the heart. Her guitar playing and stage presence are strong and compelling. Add a voice that is at once warm and shimmering, and you begin to see and feel the deep talents of this wonderful artist, this painter of ideas. Nancy comes to the stage with a love of music. At twelve years old she successfully negotiated a deal with her mother to end the piano lessons and pick up the guitar. Guitar playing came naturally to Nancy as she spent hours learning and playing songs written by her favorite artists.

Nancy comes to the stage with a love of music. At twelve years old she successfully negotiated a deal with her mother to end the piano lessons and pick up the guitar. Guitar playing came naturally to Nancy as she spent hours learning and playing songs written by her favorite artists. Her early influences include John Denver, Dan Fogelberg and James Taylor. She later discovered and was drawn to the great female singer-songwriters such as Nanci Griffith, Mary Chapin Carpenter and Shawn Colvin. Nancy has said, ?I think all those years I spent listening to and singing songs by these great artists I was subconsciously learning to write myself?.

Nancy worked her way through college playing and singing cover tunes at local clubs and restaurants. She graduated with a B.S. in Psychology and began work as a counselor for troubled children and teens. In 1993, Nancy began her hand at songwriting?and just one year later was invited to play as a finalist in the Telluride Folk Festival Troubadour Contest in Colorado.

Nancy's debut CD, ?Drops In a Bucket?, released in 1997, earned rave reviews from both critics and fans alike. Produced by noted composer and recording artist, Sam Cardon, the album reflects all that Nancy is. The songs are refined and charming, with a simplicity, confidence and sense of humor that is contagious. Through lyrical and musical images and insights, Nancy Hanson's songs reflect the fabric of life. Nancy's music feels like a conversation with a good friend.

In 2003, Nancy released her second album just in time for the Christmas season. ?All Wrapped Up?, produced by Ryan Shupe & Craig Miner, is an upbeat, acoustic collection of 8 familiar Christmas tunes with two new original songs.

Nancy has shared her music in many great little venues throughout the country. Her favorites being the Bluebird Caf? in Nashville, the Fast Folk Caf? in New York City, and the campfires of the Kerrville Folk Festival. Although she continues to perform, Nancy prefers to stay close to home in Utah where she can be with her husband Dave and their three young children.

Often referred to as ?the natural? by fellow musicians and fans alike, Nancy Hanson continues to grow as a songwriter, performer, and recording artist. Much like the great names that inspired her, Nancy continues to inspire and lift others as she musically paints about the wonders and mysteries of life and love.

Drops In A Bucket