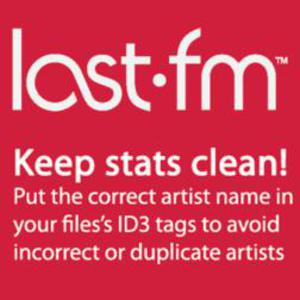 Namie Amuro (?????), born September 20, 1977, is a Japanese pop idol from Okinawa, Japan. She is one of the best-selling artists ever in Japan with total sales of approximately 30,000,000 singles and albums. She has released eight original albums, three best-of compilations and 34 singles, as of March 2009. She initially debuted in 1992 as the lead singer of Super Monkeys, with fellow Okinawa Actors School classmates Max as back dancers.

She initially debuted in 1992 as the lead singer of Super Monkeys, with fellow Okinawa Actors School classmates Max as back dancers. After the group disbanded, she eventually had her solo debut in 1995 on the Avex Trax label with the Tetsuya Komuro produced single ?Body Feels EXIT?, which was an instant hit. The following singles ?Chase the Chance?, ?Don't wanna cry? and ?You're my sunshine? all sold 1 million copies during a short period of time. In 1996, Namie released her debut solo album ?SWEET 19 BLUES? which sold 3.8 millions of copies throughout Japan and broke sales records at the time. It is the 12th most selling album of all time in Japan. At the end of 1996 she won the Grand Prix Award, the highest honor at the Japan Record Awards, for ?Don't wanna cry?. She is the youngest artist to have won the award. Then followed the release of the chart topping singles release ?SWEET 19 BLUES (single)?, ?a walk in the park?, ?How to be a girl? and ?CAN YOU CELEBRATE??. The later became her best selling single and the 8th most selling single of all time in Japan.

In 1997, Namie shocked everyone when she announced that SAM (from the band TRF) and she were getting married and that she was pregnant. Namie took a break from the entertainment business and her son, Haruto, was born on May 19, 1998.

Her comeback started with the single ?I HAVE NEVER SEEN? on December 23. Her mother was murdered on the day (March 17th, 1999) her single ?RESPECT the POWER OF LOVE? was released, prompting one of her tattoos in her mother's memory. After a break following this personal tragedy, Namie began to work with producer Dallas Austin (also known for his work with American hip-hop/R&B trio TLC), giving her music a light R&B feel.

In 2002, her divorce with SAM was announced and her music took a new direction, following her separation with long time producer Tetsuya Komuro in 2001. She performed under the name Suite Chic, collaborating with many of Japan's top Hip-Hop and R&B acts. With the SUITE CHIC project, Namie Amuro established herself as a credible R&B artist and adopted a much harder Hip-Hop/R&B sound on the first studio album she released in this new era of her career, ?STYLE? (2003). With the following album, ?Queen of Hip-Pop? (2005), she found the right balance between urban and pop sound.

2008 marked a new peak in Namie Amuro's career. In March, she released a new single, 60s70s80s, which became her 10th #1 single and first since I HAVE NEVER SEEN. She later collaborated with DOUBLE on a new song called ?Black Diamond?. The popular collaboration was featured on DOUBLE's Best Collaborations album which came out on May 28th, 2008. Namie released her third best of album ?Best Fiction? on July 30, 2008. It features her singles from 2002-2008 starting from ?Wishing On A Same Star? to her 60s 70s 80s single and features two new songs ?Do Me More? and ?Sexy Girl?. Sexy Girl? is used as the theme song the drama ?Otome no Punch? and ?Do Me More? is used in a second series of commercials for Vidal Sassoon. ?Best Fiction? went to #1 and has sold more than 1,4 million copies so far. Best Fiction had the highest first week album sales of 2008 and it is the second best selling album 2008. Best Fiction won the award for ?Best Album of the Year? at the 50th Japan Record Awards. Best Fiction spent six weeks at #1, it became the first album in 14 years to do this since Dreams Come True's album Magic.

Namie will be starting a new arena tour called namie amuro BEST FICTION 2008-2009 tour. It runs from October 25, 2008 to May 31, 2009. This is her first tour ever that she does not have any of her earlier TK produced songs on the setlist.

At the beginning of 2009, it was annouced that Namie will be in a third Vidal Sasson CM. It will feature a song from Namie entitled, ?Dr.? The theme is Bourgeois Gorgeousness. Her 34th solo single, ?WILD / Dr.? was also annouced which will be a double A-side and it will be released March 18th, 2009. ?Wild? will be feature in a Coca- Cola Zero CM with the theme of Coca Cola Zero WILD HEALTH. ?Wild / Dr.,? her 34th single under avex trax, became her 11th #1 single and second consecutive #1 since 2008's ?60s70s80s.? According to Oricon Style, Namie has broken the record of having all her singles debut in the Top 10 chart for the past 15 years, since 1995.