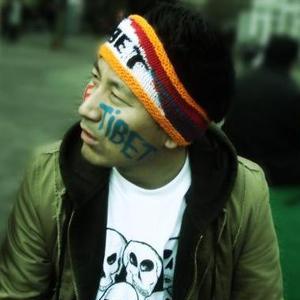 Namgyal Yeshi currently resides in New York City where he is also an active member of the Tibetan Youth Congress of NY and NJ. He was introduced to the lyrical power of rap by Adam Yauch of the Beastie Boys. Encouraged to tell the story of Tibet while spreading awareness of the Tibetan cause, Namgyal had introduced a rising tide in political activism in the form of rap art. Born in Kham, Tibet, Namgyal happily reminisces on his childhood growing up within a traditional nomadic family. At the same time, he recounts the presence of heavy Chinese influence and iron fisted rule in Tibet.

The inspiration for his rap tracks comes from the prospect of an independent Tibet with justice restored. His tracks lyrically illustrate the injustice Tibetan people endure on a daily basis under Chinese rule. The catchy intrumentals and rap verses become rap pleas that serve as a haunting reminder of the endangered Tibetan culture and population. It is then that it becomes clear that Namgyal's ultimate message to his audience is to stand together for Tibet.