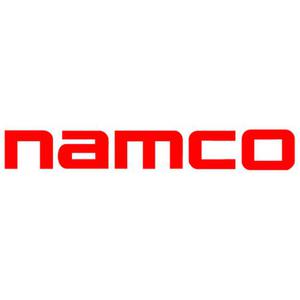 Namco Ltd. (???????, Kabushiki Kaisha Namuko?) is a Japanese corporation best known as a former video game developer and publisher. Following a merger with Bandai in September 2005, the two companies' game production assets were spun off into Namco Bandai Games on March 31, 2006. Namco Ltd. was re-established to continue domestic operation of video arcades and amusement parks. Its headquarters are located in ?ta, Tokyo.

Namco was a forerunner during the Golden age of video arcade games. Pac-Man, its most famous title, went on to become the best-selling arcade game in history and an international popular culture icon.

Atari Japan, the Tokyo-based subsidiary of Atari, was struggling financially by 1974.[7] General manager Hide Nakajima was left in charge of the company after his boss had quit. Nakajima claims that employees had been stealing money and that he had contributed funds from his personal savings in order to pay creditors and stave off bankruptcy. Though Nakajima wanted to try saving Atari Japan, owner Nolan Bushnell was already struggling to keep the parent company afloat due to undercapitalization and was looking to sell the Japanese subsidiary for some badly-needed cash.[6][8] Sega, then a manufacturer of pinball machines, offered to acquire Atari Japan for $50,000. Nakamura put in a bid for $800,000 and shocked others out of competition. The deal was finalized at $500,000 and Bushnell was glad to take it. Debts inherited from Atari Japan would take Nakamura two years to pay off, but the deal had also secured for him an exclusive license to distribute Atari's games in Japan for ten years. Nakamura would follow up by opening video arcades featuring Atari games.

Nakajima was promoted to vice president in 1978, and on his recommendation Namco opened a subsidiary, Namco America, in the United States. The location he chose was across the street from Atari's former headquarters in Sunnyvale, California.[9] At the time, games were not released in the U.S. under the Namco label. Namco America existed mainly to license Namco's games to companies such as Atari and Midway Games for distribution in the U.S.

In 1985, after the video game crash, and after previously having been sold to Warner Communications, Atari had been split into two corporate entities: Atari Corporation, which took over the home computer and console hardware business; and Atari Games, which retained the arcade game business. Namco America acquired a controlling interest in Atari Games for $10 million, against the advice of their accountants at Price Waterhouse.[10] Disagreement over how to run the Atari Games subsidiary led to a falling out between Nakamura and Nakajima. Nakamura considered Atari to be a competitor. Back in Japan, Namco still held distribution rights for Atari's games, and Nakamura refused to sell them to other arcades. Nakamura also resented sharing ownership of Atari Games with Warner. Nakajima grew increasingly frustrated with his boss, and in 1987 the two arrived at a means to part ways: Namco would sell part of its interest in Atari Games to Nakajima and the Atari Games employees, and the rest back to Warner. Nakajima and Wood then resigned from Namco to head Atari Games.

By 1989, games for the Nintendo Entertainment System accounted for forty percent of Namco's sales.[11] As Nintendo's first licensee, Namco had previously been given privileged terms, such as the right to manufacture their own cartridges.[12] However, upon renewal of the license, these special terms were revoked, prompting Nakamura to publicly criticize Nintendo for monopolistic behavior. In addition, Nakamura announced that Namco would support Sega's Mega Drive/Genesis console.

In 1996 Namco acquired a controlling share of the Japanese film company Nikkatsu, but its interest would be sold during the merger with Bandai.

In September 2005, Namco merged with Bandai to become "Namco Bandai Holdings", the 3rd largest video game entity in Japan. On March 31, 2006, Namco's game development operations absorbed that of Bandai's. From then on, the part of the company that was most closely associated with the Namco label would become Namco Bandai Games. The Namco Ltd. name was retained by its Japanese arcade management division, and now operates as part of Namco Bandai's Amusement Facility SBU.

Namco's first original video game was Gee Bee (1978).[13] Galaxian (1979) revolutionized the industry as the first video game to use RGB color graphics.[14] It was Pac-Man (1980), however, that would become definitive of Namco's legacy, going on to become a fixture in popular culture.[15] Galaga (1981), a follow-up to Galaxian, was one of the most successful sequels of the era.[16] Dig Dug (1982), Xevious (1982), and Pole Position (1983) continued Namco's success in establishing iconic franchises during the so-called Golden Age.

Namco was the industry's first manufacturer to develop and release a multi-player, multi-cabinet competitive game, Final Lap, in 1987. This game allowed up to 8 players to compete when four 2-player cabinets were linked in a simple network. By 1988, the company's capital exceeded 5,500 million Yen. In 1989, another racing simulation game, Winning Run, was released; that same year, the company's expertise with driving simulation matured with the development of the Eunos Roadster Driving Simulator, a joint venture with the Mazda Motor Corporation, followed by an educational program for traffic safety developed with Mitsubishi. In a bid to win over a new kind of audience, Namco started up business for the elderly and the disabled with "Talking Aid" in 1985.

In 1989 it was revealed that Namco was developing a true 16-bit game console inspired by the success of NEC's PC Engine. In its July 1989 issue, Electronic Gaming Monthly reported that "Namco has a machine comparable to the Super Famicon almost completed, but is unsure which way to market it with so many other game machines already in the marketplace." .[17] Namco decided to partner themselves with NEC to release their Super System as the PC Engine 2. However, talks fell apart because NEC's other partner, Hudson Soft feared that NEC would abandon them in favor of Namco. Hudson pushed the completed, but technically inferior version of the PC Engine 2, which came to be known as the ill fated SuperGrafx.

In 1993, Ridge Racer, a driving simulation game, entered arcades, featuring 3D computer graphics; the game was later released for the PlayStation. Another of the company's most famous games, Tekken, was released in 1994, which was also soon ported to the PlayStation. In 1995 the game Soul Edge (Soul Blade in the PAL region) was released. With its Tekken and Soul franchises, Namco has been dominating the 3D fighting game market. Some light gun games were also released such as Point Blank and Time Crisis.

In 1977, Namco launched its first international arcade subsidiary, Namco Enterprises Asia Ltd., in Hong Kong. Further expansion in Asia would follow in 1993 with Shanghai Namco Ltd., based in mainland China.[18]

Namco purchased the arcade operations of Atari Games in 1990, renaming it Namco Operations Inc. With the purchase, Namco began its arcade management business in the United States. Namco Operations managed several large facilities in venues such as Pier 39 in San Francisco, California, and Church Street Station in Orlando, Florida.

In 1993, Namco purchased the Aladdin's Castle arcade chain from Bally and merged it with Namco Operations to form Namco Cybertainment Inc. The merger produced the largest arcade operator in the United States. Arcades were branded under the principal trade names of Aladdin's Castle and Cyberstation. Throughout the 1990s, NCI continued to merge or purchase several arcade companies. Chief among them was Edison Brothers Mall Entertainment (operating under the Time-Out and SpacePort names) in 1996. Also in the late 1990s, Namco acquired Diamond Jim's and in the early part of the new century purchased Pocket Change.

The Namco Bandai merger had little effect on the Namco Cybertainment subsidiary, which continues its original mission of operating arcades in the U.S. It has been organized under the parent company's Amusement Facility SBU.