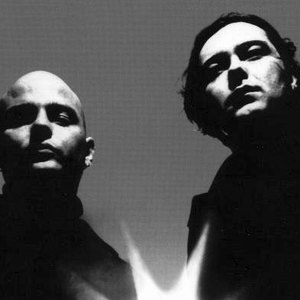 Although this German production and remixing team, comprising Andry Nalin (b. 14 May 1969, Germany) and Harry Cane (b. Ralf Beck, 21 November 1966, Germany), have not had a prolific release schedule, their remixes and recordings have been extremely successful across Europe in both the clubs and the charts. Their international breakthrough came with the infectious Ibiza anthem, "Beachball', in late 1996 and they have since had success with remixes of Energy 52"s "Cafe Del Mar" and fellow German, Da Hool's "Meet Her At The Love Parade".

Both tracks were given new leases of life after the remixing touch of the duo and were hugely successful dance music singles. Their mix of "Meet Her At The Love Parade' became one of 1998"s clubbing anthems, notably in Ibiza, and was featured on many mix compilation albums. Their remix of Lustral's (aka Space Brothers) "Everytime" was also a club hit and was featured on mix compilation albums.

They first began working together in 1993 as Nalin Inc. and released their first 12-inch single, "Planet Orange" in 1994. They began their own label, Superfly Records in 1995, releasing the singles "The K-People" and "Backfire" before the turning point came with "Beachball".

Artists whose work they have remixed include DJ Quicksilver, Kylie Minogue, Jam And Spoon, BBE and Sven Vath. Andry Nalin also has a thriving career as a DJ and has played in the USA and in Europe at Berlin's famous "Love Parade" and major clubs such as Renaissance, Cream, Dorian Grey (Frankfurt, Germany), Ministry Of Sound and Pacha and Space in Ibiza. They continued to remix in 1997 and released "Talking About" and "Open Your Eyes". A remix of "Beachball" broke into the UK Top 20 the following year. In late 1999, they released their debut Krystal Palace.