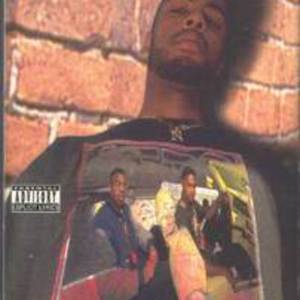 Nakia moved to Austin in 2002 from Chicago, where he had been working as an intern for Aware Records. After arriving in Austin, Nakia began to pursue a solo career but was first noticed by Fastball guitarist and co-founder, Miles Zuniga. Zuniga recruited Nakia to join his rock and roll lounge act side project, The Small Stars. Each member of The Small Stars had an alter-ego and complete back story. Nakia created the character, "Vic Odin", who was described as a sleazy, double-crossing, British manager. He left the band in 2006.

Each member of The Small Stars had an alter-ego and complete back story. Nakia created the character, "Vic Odin", who was described as a sleazy, double-crossing, British manager. He left the band in 2006.

In 2006, Nakia performed in theatrical productions of The Music Man and Rocky Horror Show. He also had a role in the independent film Lone Star Blues. Nakia soon became a featured singer at many local Austin venues and a favorite among many Austin music critics.

In winter 2007, Nakia released the EP Playing The Cards. He formed the band Southern Cousins and the band began receiving positive reviews of their live shows.The band would go on to share stages with Willie Nelson and BB Kingand perform at events such as South Padre International Music Festival and Austin City Limits Music Festival.

On April 14, 2009, Nakia release his first full-length album, Water To Wine. Produced by Mac McNabb, the album features songs written by Nakia, Michael Fracasso, and Monte Warden. The album was well-received by local and national media.

In November 2009, Alejandro Escovedo invited Nakia to participate in his "Sessions On South Congress" performances at the Continental Club in Austin, Texas. Nakia went on to record backing vocals for Street Songs of Love, featuring songs that were originally presented during the Continental Club sessions. This collaborative effort provided an opportunity for Nakia to work with rock producer Tony Visconti. The album was released in June 2010.

In April 2011, Nakia announced that he had auditioned for the American edition of The Voice, NBC's new singing competition. This was confirmed when NBC released two separate commercials featuring Nakia's "Blind Audition." Nakia's hope in auditioning for the series was to be able to pay back his partner for supporting his music career. Nakia chose Cee Lo Green to be his coach after singing his song, Forget You. Nakia also moved on from the Battle Rounds to the Live Shows after beating Tje Austin. Cee Lo chose him to be finalist. On June 22, 2011, Nakia was voted off the show, coming in 7th place.

Drown In The Crimson Tide (EP)