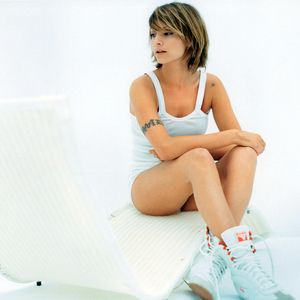 Najwa Nimri is Spanish (born February 14, 1972 in Pamplona) actress and singer. Her mother is Spanish and her father is Jordanian. Her name means rapture in her father's language. When she was a child she moved to Bilbao and she lives now in Madrid. Her first important role in movies was in the film 'Salto al vac?o', the first movie by Daniel Calparasoro. Her career as a singer started with small groups before she met Carlos Jean to create the group NajwaJean. She has released three solo albums until now and a comeback album of Najwajean with Carlos Jean is in project.

She has very recently taken part in the MTV Weekend Festival in Gij?n, Spain.