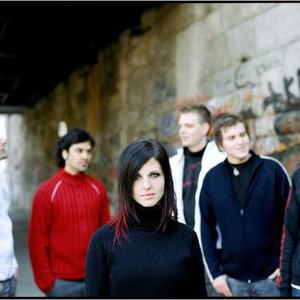 naio ssaion, pronounced (nay-yo say-yon), was officially created in 2003 under this name but had been playing since 1999 in another incarnation. Maintaining a similar intensity and charisma as contemporaries Lullacry, naio ssaion's secret weapon lies in the use of the violin, further setting them far away from the pack. naio ssaion's first release, entitled "Numedia" and sung solely in Slovenian, was released in April 2004 by CPZ Publishing.

naio ssaion's first release, entitled "Numedia" and sung solely in Slovenian, was released in April 2004 by CPZ Publishing. The album peaked to #14 in the Slovenian album charts. Making a name for themselves through many triumphs in international band competitions, this chance of a lifetime was a turning point for the band and the beginning of an international musical career that prompted them to sign a worldwide recording contract with Napalm Records.

In 2005, naio ssaion completed work on their Napalm Records debut album to be released on 25 November. A refined mix of modern and powerful rock songs featuring spellbinding vocals and sensational violin arrangements, "Out Loud" remains true to the band's mantra: ?If we don't like to play it live, it won't make it on the album?.