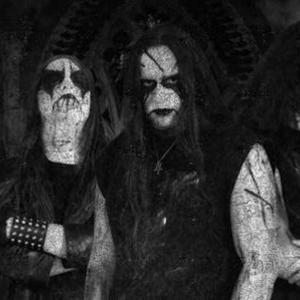 1) The band has started out in April 2004. At the start of 2005 with some lineup changes and arrival of Necronomonous the band steps on the darker paths by starting to play black metal. In April of 2006 the beast is unleashed on stage for the first time. On 1st of October the first demo called ?Legacy of winter' is released in limited edition of 100 hand numbered copies. Some successful shows are played after the release, playing with underground legends Zemial ends that productive era. Shortly after that bass player Necronomonous leaves the band.

The long search for a new bass player paid off with the arrival of Vraan in the summer of 2007. Naberius then successfully returns to the stage as an opening act for the legendary Horna.

New material has been recorded in Negligence sound solutions studio between March and May and should be released in the fall of 2008. Recently the band got a new logo which was drawn by Gragoth. In the summer of 2008 first split was released by Kvlt 666 produktion featuring songs of Naberius and Russian black metal band called Vedmak in limited edition of 66 copies.

2) Naberius: High Commander of The Nineteen Legions of Hell. The Main Antagonist in Adam Sapphire's The Fall of Earth and The Martyr of Valhalla

Rebirth of the Blackened Cult