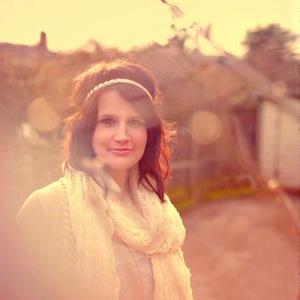 Juno Award winner Amanda Falk has been focusing her attention on the next generation of young women in this country. Through the Beautiful Unique Girl (BUgirl) movement, Amanda has been bringing a message of beauty and freedom, encouraging and challenging teenage girls to look beyond the magazine covers and media frenzy to measure their value. The all girl ?pajama parties,? create an environment of intimacy and intrigue. Set with shag rugs, pillows, lava lamps, and of course chocolate fondue, the night brings home a message that each girl is intentionally created and valued by God (Psalm 139).

With a team of 4, Amanda shares her story and performs a concert ending the night with a time of group worship and often a lot of tears. Thousands of girls have already been touched and this movement has just begun.

Surrounded by a strong and diverse team at Avante Records, Amanda is perfectly positioned to succeed as an artist and minister. Currently working on her follow up album, Amanda is prepping for another season of intense touring and will be part of a major tour this fall called the BUgirl MEGAPARTY.