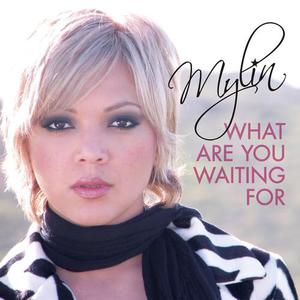 Mylin (Brooks) has been fortunate to have experienced a lot in a relatively short life. Born in the Philippines and growing up in Oklahoma, Mylin was handpicked as a teenager to star on The Disney Channel's The Mickey Mouse Club, the show that also starred Justin Timberlake, Britney Spears, Christina Aguilera, JC Chasez, Ryan Gosling, and Keri Russell. After three years on the show, Mylin signed a record deal with Toshiba/EMI.

Born in the Philippines and growing up in Oklahoma, Mylin was handpicked as a teenager to star on The Disney Channel's The Mickey Mouse Club, the show that also starred Justin Timberlake, Britney Spears, Christina Aguilera, JC Chasez, Ryan Gosling, and Keri Russell.

After three years on the show, Mylin signed a record deal with Toshiba/EMI. Following her stint on the label, she signed a development deal with Atlantic Records in the U.S., before signing with an international major label in Japan and Southeast Asia, Avex Inc., joining label mates Britney Spears and Backstreet Boys.

With 4 of Mylin's 7 albums released on the international major label, which have included a string of hit singles, the last 3 albums have been released independently, giving her the opportunity to develop as a songwriter.

?When you're on a label, particularly a major,? Mylin recounts, ?there are so many people and interests involved in the process and writing that you just don't get the opportunity to find your own voice much. I chose to release my last 3 albums independently and it has been an incredible time of learning and experimenting. I still have so much more to learn, but I've realized that I've needed to sow my oats and write everything I've written up to this point in order to fully realize who I am as an artist. It's been a wonderful journey.?

?My love of pop and rock are finally merging in the best way that represents me,? says Mylin. ?It's all come full circle.?

Mylin has been featured in dozens of magazines and news programs around the world, including E! Channel, A&E Biography, CNN, The Disney Channel, and in People magazine. At the end of 2009, she finished a 2-year cosmetics deal that had her on packaging and displays in over 3,000 Wal-Marts across the U.S.

Mylin has also played 12 shows at U.S. military bases in support of the troops. She performed at the Air Force's 60th Anniversary Gala at Edwards Air Force Base, before 80,000 at Fort Hood, Texas for a Welcome Home Celebration for the Army's 1st Cavalry Division from Iraq, and for the Wounded Warriors in Milano, Texas. Mylin has also performed the national anthem at both Major League Baseball and NBA games.

Mylin, who grew up in Oklahoma, almost never made it to the U.S. Born in the Philippines to a father in the U.S. Navy and a Filipino mother, Mylin's father was encouraged to return to the U.S. without she and her mother due to his young age of 18 and their different backgrounds. The day he was to ship out, he got into a serious motorcycle accident. Badly injured in the hospital, he decided he didn't want to spend the rest of his life without Mylin and her mother. Two-year-old Mylin and her mother were flown to the U.S. in a C-130 military transport plane, carrying the bodies of deceased U.S. soldiers. The trip took a week and a half.