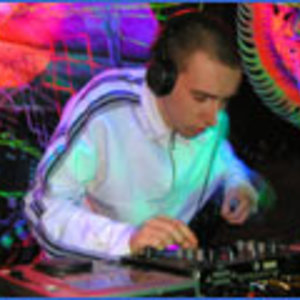 Alexander Saloid was born in the Ukraine in the winter of 1981. Since his early childhood, he has been keen on music, especially the piano. He would possibly have gone on to seriously study piano playing after music school, but instead he went into electronic music. The genre's difficulty and singularity swallowed him up. Noticing his passion, Alexandr's parents presented him with his first electronic sequencer.

Then, as it happens with infatuated teenagers, Alex started computer, internet, techno, and his first rhythm programming. Alexander's first audience consisted of close friends. Then, a DJ friend played some of Alex's tracks at clubs for record label showcases. At the time, Alexandr was mad about psy trance, but not because of fashionable drug trips. He admired its complexity and charming sound. Alexandr's first VA release was in 2003 on the Israeli label, Agitato. Another track was released a few months later. There were 5 releases in all in 2003 on Israeli, Greek, and Russian labels, like the "Mungusid" project, and a lot of chill-out tracks in Germany and France. The greatest Russian label, Dejavu Rec released Alexandr's debut album. It consisted of morning full on sound and dark rhythms. Now Alex pays more attention to the progressive and tech-house scene, with his first release on LiveLarge Records being a "SOLO ID" project. Since 2004 Alex has been a music composer at the biggest Russian local TV Channel. He is also the author of all the music at the first Russian satellite TV NEWS channel - "RT(Russia Today)", which broadcasts daily all over the world.