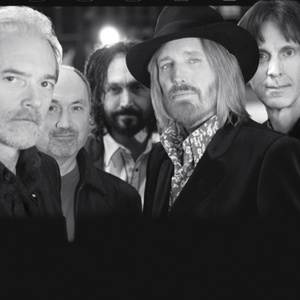 Mudcrutch was an early Tom Petty band, most of which evolved into Tom Petty and The Heartbreakers. When Mudcrutch originally headed to Hollywood in search of their first record deal, the band consisted of Tom Petty, Mike Campbell, Danny Roberts, Benmont Tench and Randall Marsh. They signed with "Shelter Records" and released one single in 1975. "Depot Street" was the A-side with "Wild Eyes" being the B-side.

The last incarnation of Mudcrutch consisted of future Heartbreakers Benmont Tench, Mike Campbell and Tom Petty. Tom Petty's first band, The Sundowners were renamed The Epics. Around 1970, The Epics changed their name to Mudcrutch.

In August 2007, Tom Petty invited original members of Mudcrutch Randall Marsh and Tom Leadon to reunite with Heartbreakers Benmont Tench and Mike Campbell to reform Mudcrutch. They recorded an album, Mudcrutch, which was released on April 29, 2008, by Reprise Records, and contains 14 old and new tracks. "We would play and then we would just talk about the old days," says Tom Leadon, who left the band in 1972. The band toured briefly in California to promote the album throughout April and the beginning of May 2008.

The Very Best Performances From The 2016 Mudcrutch Tour