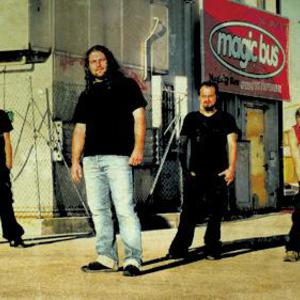 The band was formed in 2000 by a group of boys from dall'hinterland Venetian. The literal translation of the name is something that absolutely must be made, obtained, considered and indicate clearly the desire to express to the end, through music, needs, and the force of inspiration. The group is characterized by the search for a sound aggressive but at the same time captivating, which aims to involve the public in emotion for making music. Until 2002 the MU.ST.

changed several formations in arriving, in February of that year, the current line-up consists of David Granzotto vocals, Frederick Dan on guitar, Daniel (grilling) on bass and Francesco Trevisan (Cesko) Tarlo on drums. In February 2003 they recorded their first EP at the Majestic Studio Professional Scorz? (Ve) using the most current technology (Pro Tools HD). The product gets great feedback from the record labels so that the group manages to achieve, in March 2004, his first collaboration with an independent label, the LadyMusicRecords. RACK YOUR BRAIN TO KNOW WHY, the title of 'Ep, is the result of a creative process developed over a solid live experience that has seen MU.ST. glimpse at the forefront of the emerging landscape Veneto and gain consensus positive even during live performances in Tuscany, Marche and Abruzzo. The group disbanded in 2005.

Rack Your Brain To Know Why