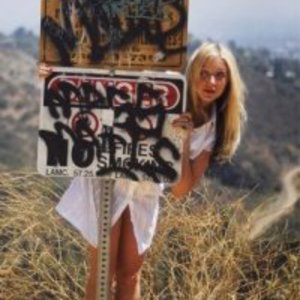 Singer/songwriter/actress, Alyssa Suede Campbell has been singing and performing since she was a baby. In fact, she was on stage with her rock'n roll mom, Raven Kane, with Frank Stallone and the Beach Boys in front of a million people in Philadelphia when she was just three months old! Her dad is world renowned composer/arranger David Campbell and her brother is Beck, so naturally Alyssa is at home in the studio and on stage.

In addition to music, Alyssa spent the first eight years of her life figure skating alongside Sasha Cohen sharing the same Olympic coach, John Nicks. She was the Los Angeles Artistic Champion and won many other gold and silver medals. To supplement her skating, she studied pilates, gymnastics, ballet, jazz, and hip hop.
Alyssa was featured as Clara in ?The Nutcracker on Ice? and skated the role of young Nancy in NBC's ?Nancy Karrigan Tonya Harding the Inside Story? TV movie. Other credits include singing on Neil Diamond's Christmas album; singing on several commercials; playing the lead roles in numerous school musicals and studying acting at the Royal Academy of Dramatic Art (RADA) in London.
Alyssa's music video, ?Falling From Mars?, written and directed by award winning filmmaker, Tracie Laymon, was voted into the Top Fifteen out of 350 fan favorites in the Star Radio music video competition. It was also chosen as one of ten Official Selections in the recent San Diego Film Festival, and placed in the top three at the International Queens Film Festival.
An up and coming songwriter, Alyssa's songs are melodic and rhythmic with poetic lyrics. Her voice has been compared to artists as diverse as Patsy Cline, Melissa Etheridge and Jewel. She is currently writing songs for her debut album and is in development with director, Tracie Laymon, to star in a feature-length film. Check out her myspace music page for upcoming performances in the Los Angeles area at: http//www.myspace.com/alyssasuede