Mouse On The Keys 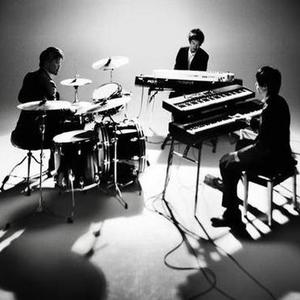 A blend of minimal phrased piano and dynamic drumming. The pursuit of a live experience composed of visual and audio expression.Formed in 2006, with elements of jazz, funk, post?rock and electronic music, Mouse on the Keys fits into a genre of their own. The trio consists of two former members of the influential Japanese underground band 9dw, Akira Kawasaki and Atsushi Kiyota. They teamed up with Daisuke Niitome, who has played drums as well as composed music for countless jazz?funk and hip hop bands.

Their unique sound, comprising two pianos, two keyboards and drums, continue to stand at the forefront of the Japanese indie scene.

The unique sound of the band's drums, two pianos, and two keyboards combines the sense of urgency from rock, hard core and heavy metal with tastes of early/contemporary classical, jazz and various dance music.

At their concerts, the band projects a variety of images chosen to match their sound ?views of Tokyo, geometric symbols, 3D objects, and abstractions. Residents of Tokyo, the members of Mouse on the Keys represent the haunting restlessness of their home city at their live appearances. They would transform even a venue in Germany or France into a kind of virtual Tokyo.

The Flowers Of Romance