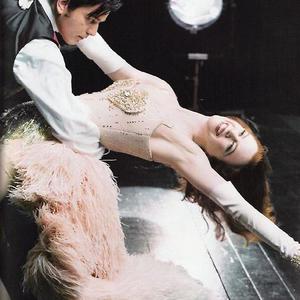 Moulin Rouge was a Slovenian (ex-Yugoslav) italo disco group that had hits in the late 80's with the singles "Boys Don't Cry" and "High Energy Boy". Formed by Matja? Kosi, after he left Videosex in 1985, the band was originally an all-male three-piece. Their first domestic release was a self-titled 2-song EP in 1985, which contained "Svet je za Glorio" and "Mi ple?emo". "Moulin Rouge", released in 1987, was their first full-length album, now as a male/female duo consisting of Kosi and Alenka ?mid.

The album collected all of the previously released singles in Slovenian, as well as their international trademark hit "Boys Don't Cry". The band went on to produce several more singles and two English language albums for the Japanese market. In 1988, they took part in the "Jugovizija"--the Yugoslav pre-selection for the Eurovision Song Contest--with the song "Johnny je moj" and ended up 5th.

If you're looking for the movie, please change your tags to some of the performers names. The easiest way is to use MusicBrainz Picard. Please do not use this tag.