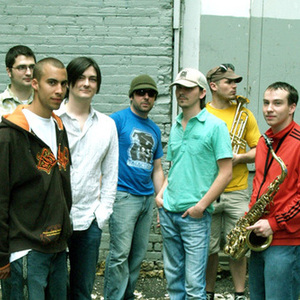 Classic funk grooves, slick guitar riffs, punchy horn lines, old school keys and turntable cuts - this is Moses Mayes. A sound defined by the vision of three students of the funk fusion groove. Since 1999, the music of Moses Mayes has been moving people on the dance floor and from their stereos across North America. Their live performances have earned them a reputation as one of the best acts in their scene, playing to festival and club audiences and leading the new funk fusion sound over the last 8 years.

Moses Mayes's latest offering is 2007's ?Second Ring', their third full length album produced by veteran dance floor killer Jamie Shields (the New Deal). At the forefront, the classic Moses dance-funk grooves and signature jazz horn playing. In the new, vocals by artists Sherry St.Germain, Ariane Jean and PHATT al, each of whom adds their own flavour to the Moses sound. It's a new take on modern dance music, songs that incorporate elements from the genres of funk fusion, jazz, house and pop. The album took the 2007 WCMA for Best Instrumental, broke the top 20 Canadian Campus Charts and received critical acclaim in the Canadian and European markets.

Rock It So Hard (EP)

Needle To The Groove