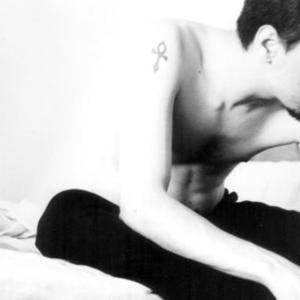 Morpheus is a solo project for Fernando Manchado since 1998, when his first demo, "Malkuth", was self released as CD-ROM and cassette tape. Created entirely on a crumbling home computer with an 8-bit tracker, it managed nevertheless to attract the attention of local independent media due to the strength of its compositions, despite the bad quality of its sound. "Malkuth" was thus hailed as the first attempt in Spain at Apocalyptic Industrial-Dark Ambient-Ritual Musick, a genre pioneered by the legendary Swedish label Cold Meat Industry in the late eighties. The constant Crowleian and Gnostic references and the use of Hebrew mythology, however, were a departure from the military and authoritarian themes that overrule these styles and established Morpheus as a truly personal project and not a mere intent to clone his influences.

The first demo draft for "Ouroboros" -co-produced by La Defunci?n- soon followed, with a stronger industrial component and a greater deal of experimentation than that found on "Malkuth". The release of this album allowed Morpheus to perform live for the first time on the 31st of October of 1999 in Las Palmas de Gran Canaria with Ver?nica Gonz?lez on percussion, who has ever since been an unreplaceable element of the band's live shows.

Subsequent positive reviews and a slowly building fanbase led to Morpheus being invited to play at the Arcana Europa Meeting organised by cultural association Los Cantos de Maldoror in July 2000, alongside artists such as Elijah's Mantle, Rosa Crvx, Ataraxia or Sol Invictus. The project's increasing reputation caught the attention of spanish label Drama Company, who offered to release that which would be Morpheus' first official album: Elohim.

Elohim was the first true breakthrough for Morpheus, raising heads internationally for the first time and meeting unanimously enthusiastic reviews from specialized media throughout all Europe. The limited edition of the album (500 copies in A5 format) sold out quickly, and so a second, standard jewelcase edition had to be issued. This success encouraged Drama Company to re-release an enhanced version of "Ouroboros" in 2001 (with several remastered tracks and a fully redesigned artwork by R.G.Hernanz), and the first Chaos Condensed album, Cantus Post Machina in 2002.

Live acts in this period include supporting german neofolk duo Pilori in their Madrid concert, playing alongside Trajedesaliva and Deutsch Nepal, and leading Drama Company Festival in Barcelona.

Seeking further European projection, Morpheus contacted legendary Italian label Old Europa Cafe with a demo for the next album, Babylon: an ambitious piece of work inspired by the archetype of the city as a means for postmodern magick in opposition to the classical countryside, wildlife-based paganism. The demo was received with enthusiasm by Old Europa Cafe and the album was scheduled for release within the following months.

Babylon proved to be the best and most successful of Morpheus' works until then: collaborations from Francesco Banchini (Gor; member of Ataraxia at the time) and Pilori, an outstanding sound quality, more mature and complex compositions and the striking artwork of Ricardo Marichal made the album an instant cult classic among critics and fans alike. Furthermore, concerts with Ordo Rosarius Equilibrio (Halloween 2003 in Tenerife) and Gor (Ethereal Fest @ Barcelona, with spanish neofolk project Narsilion) confirmed that the band's live act had only improved with time.

Part of 2004 and most of 2005 was dedicated to the composition of what will probably be Morpheus' last work: Rebis. This album, still unreleased and redone several times almost from scratch, is meant to feature a 23-card fetish deck created exclusively with traditional photographic darkroom techniques, and is focused on bondage & submission, fetish, dualism, alchemy, and ritual sex magick. Featuring heavy sampling from artists such as Billie Holiday, Tom Waits, Serge Gainsborough or Little Jimmy Scott and atmospheres as industrial and oppresive as they are sorrowful and melancholic, Rebis is certainly an album which refuses to wallow in the complacency of its precedessor's success and takes more risks than ever before in the search for an untrodden path in the dark industrial ambient style.