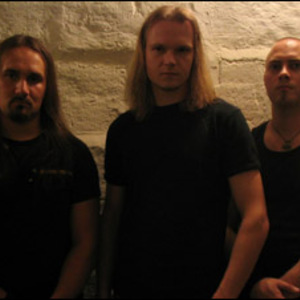 1> Morningstar is a Finnish metal band created in 1989 by Ari Honkonen, under the name of Testator. In 1990 the name was changed to Thor's Hammer and in 1991 to Morningstar. From their first demos to the first MCD and full length they played hellhammerish black metal. The second and third album got more into the direction of thrash metal and finally they moved to straight out NWOBHM influenced heavy metal.

The band was disbanded in 2007 due to lack of time, personal differences and drummer's severe injury.


2 > Morningstar was Psychedelic Rock band from Kansas City, first formed in 1969. The original line-up released the single "Virgin Lover" / "If I Didn't Want to See You Anymore".

Before their recording contract, Morningstar had amassed quite a following in the Kansas City area. Their sets consisted mostly of original music instead of covers. In 1978 the debut album was released. Over the next two years, the band would play a lot of concerts. 1979 saw the release of their second and unfortunately their last album. In 1998 both albums were released on CD in Japan.

3> MorningStar Ministries is a Christian organization located in Fort Mill, South Carolina, USA. They have a music team produced by EagleStar Productions.

Weight Of The Hammer

Before The Dawn (EP)

As The Wolfs Howl (MCD)

Inside The Circle Of Pentagram (EP)