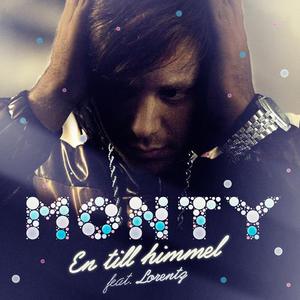 There are six artists called Monty: 1. An American rock band now known as Monty Are I 2. Monty from the UK. 3. Monty from Sweden, whose real name is David Pagmar. Also known as Montt Mardi&eacute;. 4. Monty, a producer from St. Louis, MO. Monty is also the artist formerly known as Quelnt. 5. Monty (the SpacePoet) - http://www.last.fm/user/MONTY-SpacePoet 6. Monty, the French y?-y? singer, most active in the sixties.

1. An American rock band now known as Monty Are I
2. Monty from the UK.
3. Monty from Sweden, whose real name is David Pagmar. Also known as Montt Mardi&eacute;.
4. Monty, a producer from St. Louis, MO. Monty is also the artist formerly known as Quelnt.
5. Monty (the SpacePoet) - http://www.last.fm/user/MONTY-SpacePoet
6. Monty, the French y?-y? singer, most active in the sixties.

1. On 3 March 2006 they signed with Stolen Transmission Records out of New York City, NY, USA.

Monty has many national tours under their belt, including, but not limited to: RX Bandit's Summer 2006 Tour, two years on Van's Warped Tour after they won the Ernie Ball sponsored Battle Of The Bands in 2003. And one crazy Pennslyvania / New Jersey tour in July 2001 that resulted in a Cakewalk being dominated by the band and entourage.

As of 1 May 2006 are now known as "Monty Are I". Album from Stolen Transmission Records, titled "Wall of People", out now!
www.montyarei.com


2. Latest album by Monty (UK)
When the Dubious Brothers disbanded in 1990 (a best of collection was put out by Plastilina Records in 2009), Monty put on his velvet jacket and launched a solo career, signing to Humbug records in the UK and Jade Music (Midi Mitsubishi) in Japan. He pioneered the mid-nineties lounge scene in the UK with his Bond/Bacharach inspired lush sound, but as usual was years ahead of his time and so kept a dignified silence, leaving the cheesiness to others. His first two solo albums, "A Typical Scorpio" and "The Napoleon Complex" were well received by the press and remain cult classics. He made a video of "A typical Scorpio's" best song, I'm Spartacus.

He toured Japan in 1993 with the Monochrome Set to the delight and bemusement of a whole new generation of fans. During this time, Monty came to the attention of guru, svengali and impressario, Mike Alway of the extraordinary?l records and Monty became one of the in house writers and contributors for several of ?l's classic records. Monty also wrote and contributed songs to Mike and Jim Phelan's startlingly successful exotica football label and later on wrote many "songs" for the Cherry Red football catalogue. He also wrote some classic songs for Keigo Oyemada's (Cornelius) Trattoria label (through Polystar) in Tokyo. However, In 1994 he reached his zenith/nadir as a producer when he arranged and produced (with Toby Robinson and Alec Dippie) "Classical Punk" (known in the USA as "Symphony of Destruction") for MCI/Demon. The album, a string orchestra playing all your punk rock favourites had an immediate Marmite effect on the music industry and fans alike: you either loved it or you hated it.

Throughout this time Monty wrote and produced TV and Radio themes for the likes of Jack Dee, Harry Hill and Chris Tarrant. Now he has gone darker with the "The Judas Window" (available from CD Baby in the USA and Cherry Red in Europe), he remembers these confectionary treats with great afftection.

Montys first single was the track En till himmel (= One more heaven) featuring Lorentz from the Swedish rap-duo Lorentz & M.Sakarias.

David Pagmar is also known as Montt Mardi&eacute; and released his debut album, Drama, in 2005 on the Swedish record label HYBRIS.