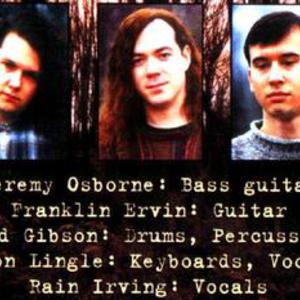 ALTURA is a North Carolina band consisting of Jeremy Osbourne (bass), Franklin Ervin (guitar), Chad Gibson (drums & percussion), Jason Lingle (keyboards & vocals) and Rain Irving (vocals). They played local clubs in the early 90's, gathering a loyal fan base. A 5-song demo recorded in 1995 got the attention of Magna Carta's producer Robert Berry, who brought them together in his California studio and produced their first album in 1996. For some reason, however, the band then vanished from the proverbial prog scene, never to be seen again.

With ALTURA, Prog Metal was given a new face: although their style is very similar to DREAM THEATER, it is less heavy and more melodic - something like a lighter, more mellow version of FATES WARNING but heavier than ENCHANT. There is power to this music, which features lots of technical prowess and heavy outbursts (the vocalist will undoubtedly remind you of James LaBrie of DT). Their only CD, which has a very polished sound for a debut album, alternates between intricate, technical passages and melodic choruses, with heavy riffs and softer, sometimes a bit jazzy or spacey interludes. You'll hear lots of chops but also feeling and intelligence through out.

Fans of DREAM THEATER (circa "Images & Words") as well as SHADOW GALLERY and QUEENSRYCHE buffs will definitely enjoy this music, but so will those of you who normally shy away from typical, heavier Prog Metal stuff.