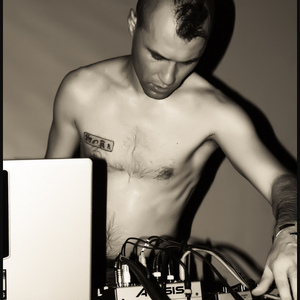 Mono no Aware was born as a rhythmic noise project of Leif K?nzel in 1995, accompanied by Stefan B?hm as a co-member for a short period and today working as a one man project of Leif K?nzel only. During years Leif has also formed side-projects, such as Norm and MS Mono, both of them are active up to now. Whilst Mono no Aware has become one of the best known projects from German cult label Hands Productions, it is also considered one of the brightest rhythmic noise acts on the scene today, highly valued live-performer and fascinating noise-art composer.

Mono no aware (????, lit. "the pathos of things") is a Japanese term used to describe the awareness of the transience of things, and a gentle sadness at their passing. It is also referred to as the "ahness" of things/life/love.