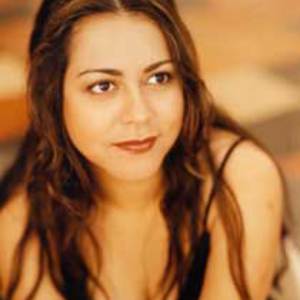 Swedish, Chilean born Monica Ramos is definitely not a traditional harpist. She is a modern artist who is tearing down traditional barriers, a harp virtuoso who has won the praise of both critics and public all over the world for her brilliant collection of compositions and interpretations. With several hundred thousand albums sold in over forty countries so far, she is definitely one of the most successful and extraordinary harpists in the world.

Both she and her producer Per Andreasson have changed the traditional associations people normally get with this ancient instrument - the classical harp...


Background
Monica has long experience with both classical and modern music. After her graduation from the Royal Academy of Music in Stockholm in 1995 she has created three successful albums with pioneering music, a fresh modern musical flora with the classical harp in focus.

Monica's career started however with classical music and she has amongst others played in the Stockholm Philharmonic Orchestra, the Radio Symphony Orchestra (Radiosymfonikerna) and the Swedish Chamber Orchestra (Svenska Kammarorkestern) in ?-rebro. A few years back though her career took another turn with her individual and modern music. It is composed by herself and Per who has also created other well known artists music, such as Sarah Brightman's and Roger Pontare's. Per has also composed some of the soundtracks for Colin Nutley's films.