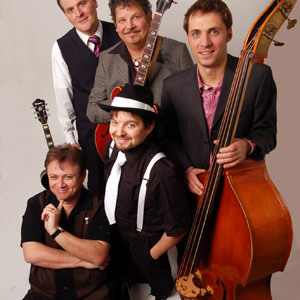 The founders of the band played before 1977 in clubs of Vienna. In 1977 Palden won a boogie woogie contest. The first prize was a record contract. They decided to form a band, which they named "Mojo Blues Band". The line up was: guitar, vocals Erik Trauner piano Joachim Palden bass Matthias Mitsch drums Bobby Sperling Being the only blues band in Vienna they were often booked as backing band for blues artists who were touring in Austria. They played for example with Johnny Shines, J. B.

Hutto, Charlie Musselwhite, Louisiana Red, Sunnyland Slim, Champion Jack Dupree, Homesick James, Honeyboy Edwards, Leon Thomas, Katie Webster, Hal Singer, Jan Harrington and Eddie Clearwater. They also played together with Axel Zwingenberger. This is documented on CDs.
In 1980 they teamed with Dana Gillespie and changed their style more to Rhythm ?n Blues. At the early 1990s their song Alligator Walk became a hit in the US Shag 8 a special dance) scene. Following this they toured North- and South Carolina. 1989 they visited Chicago and came back with 16 hours material they have recorded with musicians from Chicago. The CD "The Wild Taste of Chicago" was made out of this tapes. 1993 Christian Dozzler left the band to form his own group. So Eric Trauner had to learn playing the harp.
2001 the band played her last concert.