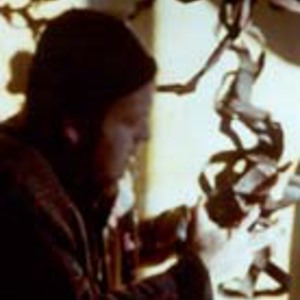 Since his earliest memory, being born in the western desert state of Utah, Michael Northam (aka mnortham) has been intimately and directly inspired by vast geographies, severe weather and and other impressive natural events and places. This life long research/fascination into the phenomena of perception faced with intimidating scales (large or small) continues to the foundation of his work with sound and images.

His work is the continuation of more than 15 years active art-life-travel which has brought him to visit, work with, and learn from over 90 artists from over 50 locations in 25 countries. Through these various experiences he has woven a complex tapestry of influences into a very personal intuitive process of creation. He continues to rediscover relations between visual/physical and sonic structures via a continual activity in graphic design, photography and filmmaking parallel to the sound work. As well as finding and practicing links between 'sound as art/experience' and traditional 'musical' approaches, such as the study of Kirana style raga singing with Michael Stirling (the last student of Pandit Pran Nath).

He has established studios, organized events, made his own way independent of institutions and nationality now for over ten years through relocations between several countries. By now his work has been presented in over 15 countries with CDs published on four continents. He is ever surprised to discover new listeners and collectors of his music in the most disparate places?from Japan to Lapland from Moscow to Montana.

Currently using specially prepared instruments such as the Magnetic Table Harp (a controllable magnetic resonance machine that acts simultaneously as a stringed instrument, a large contact microphone and a tone processor) as well as computer processing, prepared recordings (such as frying potatoes, roasting seeds and walks/climbing through various plants) and a range of sounding objects Michael explores the no-man's land between improvisation and acousmatic composition. A delicate position poised in search of the ever elusive morphological 'flow' where sound and action melt together and the eidetic triggering of sound as pure material transcends playing into the territory of 'sonic compost'?that which feeds our insatiable need to listen deeper.

Recently Michael has returned to a nomadic existence between France and Belgium, and beginning in September of 2006 he will be relocating to Ljubljana, Slovenia where he will begin a new studio and life-art-situation. Next plans includes large scale immersive video-sound works as well as CDs from the labels and/OAR(seattle) and ferns(paris) as well as continuation of collaborative projects KODAMA (with Hitoshi Kojo), ENTRELACS (with Yannick Dauby) and with Loren Chasse.

From Within The Solar Cave