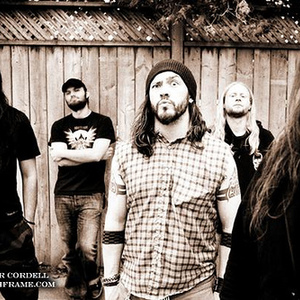 Mnemic (pronounced /?ni?m?k/) is a Danish metal band, formed in Aalborg, Denmark in 1998. Their music has been described as a fusion between metalcore, melodic death metal, industrial metal with additional elements of thrash metal and groove metal, to form a style the band themselves have described as "future fusion metal." Named as one of Metallica's favorite bands, they have opened for Metallica in Europe both in 2007 and 2008.

The band have charted in the Top 100 in Denmark with The Audio Injected Soul and were the first Danish metal band to open the Orange Stage at Roskilde Festival in 2004, one of Europe's biggest mainstream festivals with 80,000 spectators. They have worked with Down and The Fugees producer Warren Riker on the Passenger album, collaborated with Roy Z (Judas Priest and Bruce Dickinson producer) and are featured on the soundtracks of Alone in the Dark, Echo (with Kim Bodnia) and Nordkraft movies.

They have released four full length albums, and have toured with bands such as Metallica, Deftones, Machine Head, Meshuggah, Arch Enemy, All That Remains, Fear Factory, The Haunted, Soilwork and God Forbid.

Sons Of The System