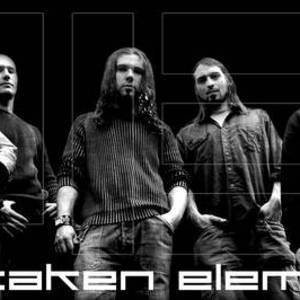 The band was formed in 1998 with the name Scarr. It consisted of three musicans : two guitarists and one drummer. The style of the band is defined as "Hardcore Death" with complex strutures. Scarr presented fifteen purely musical concerts before finding a singer in April 2001. After that, the band recorded its first CD. In addition, during this time, they performed in ten concerts with bands like Gojira, Abkan, Inside Conflict and Drowning.

In january 2002 "SCARR"recorded a 3 track CD called "IMPACT"with "Home Cook" at KARMA STUDIO (Angers). The band then produced its own 3 track CD in july 2003. Two entries in the "Ondes de Choc" Road runner musical contest emphasized the band's quality and put the band in third place in 2003 /2004 competition. In October 2004 , the band was joined by a bass player ; at last, the band was complete ! Ten concerts followed with the Scarr, Aborted ans Nostromo.

Scarr then joined Klone, Trepalium, Hacride, GTI and Anthurus d'Archer to form a collective with the long time aim of a collaborating in CD production , concerts and promotion. This collaboration for the first album, with Sylvain Biguet who was responsable for sound recording and mastering by TOP MASTER. Scarr, then took the decision to change its name. This was to avoid confusion with other bands similar style of music. The evolution of the band has been amazing. The musicans control their instrument perfectly so their technique and composition are powerful and original.