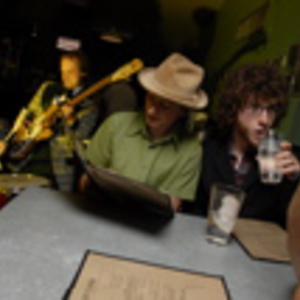 Miss Fairchild formed in 2004 when they recorded and released their debut :Album. They began touring shortly thereafter. In 2005, the trio produced Jed Sed for Lipschitz, a Chicago-based rapper, longtime collaborator and labelmate who lent a verse for the well-received "One of Those Girls" from :Album. They also released Miss Fairchild presents The Housing Prodgect EP in the winter of 2005. 2007 will see the released of the long-awaited Ooh La La, Sha Sha... which the band has been promising for nearly a year.

The band has toured the United States and plays regularly in Boston, MA, Providence, RI, New York, NY and Portland, ME. Recently, the band has hosted a recurring monthly party in Boston called "Miss Fairchild presents the Miss Fairchild Show, which finds the band hosting guest acts from Boston and other cities.

Won't Be Your Kept Woman