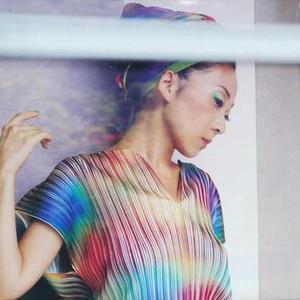 Misaki Ito (????, born July 7, 1978), known by her stage name, MISIA, is Japanese rnb/pop singer-songwriter. Born in Fukuoka and raised in Tsushima, Nagasaki, MISIA debuted in 1998 with the song ????????&hellip;. She has since become one of most successful Japanese recording artists, selling over 30 million records. She has released twenty albums?ten studio albums, three compilations, five remix albums, a live album, and a cover album?of which seven reached number one on the Oricon charts. Her song Everything was the best-selling single by a female artist of the last decade.

MISIA is best known for her five-octave vocal range, her puzzling fashion sense and for being one the few artists in Japan to have never performed on TV music shows. She has the ability to use the whistle register, which is put to good use in her songs. While it's common to find MISIA described as an rnb artist her music has a more soulful, even bluesy, quality to it, something her voice complements well.

She is one of Japan's most popular live performers, with each of her concerts being sold out. She is the first female artist to have toured all five main domes of Japan.

Since 2001, she has been engaging in environmental and human rights activism. In 2008, she founded Child AFRICA, an organization aimed at supporting education and creating sustainable societies. In 2010, she was named Honorary Ambassador of the 10th Conference of the Parties of the Convention on Biological Diversity.