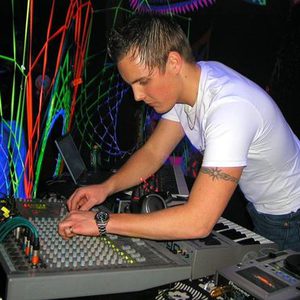 Thomas has been doing Miraculix since 1998. Before that he was involved in various music projects playing electric guitar, drums, synth and piano. It all started quite early with playing on his parents piano in the livingroom. His parents bought him a synth at the age of 7. It contiuned on with lessons in music classes but he had to be moved to private lessons due to his fast learning (at least that's what they said). He played the piano in private lessons for 6 years. After the piano he moved on to the electric guitar, started up in a music class but also there got moved to private lessons.

Did the guitarr lessons for about 3-4 years and then continued on with beeing involved in bands were he played various instruments.

During his teen years he started getting interested in electronic dance music and continued on with experimenting with the computer. After doing the computer a while and visiting a outdoor party in the Swedish forests he decided what he wanted to do, Psychedelic trance. This opened up a whole new world of sounds and melodies for him and he bought some synths wich ended up with producing a track he later named "Blow your mind" in 1999. This track came to be the first being released on a Alchemy Records compilation in 2001.

PsyTropic Records is now really proud to present this Swedish Star of strong Psychedelic Trance with his EP "Frost Bites" containing 5 fresh and hot track ! Enjoy it and dance!