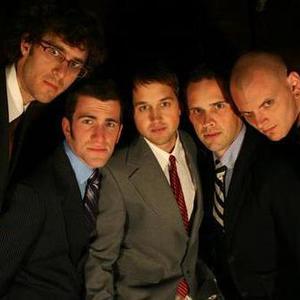 Ministry of Magic, or MoM, as they have been coined, is a collaboration of Luke Conard, Jason Munday, and Aaron Nordyke, three musicians from a wide-range of artistic backgrounds who find a common ground in the world of Harry Potter. Two more recent additions to the band are Mark Jennings and Ryan Seiler. Combining a passion for J.K. Rowling and the wonders of the digitial age, Ministry of Magic presses the genre of wizard rock into a newer, less visited world: wizardtronic.

Combining a passion for J.K. Rowling and the wonders of the digitial age, Ministry of Magic presses the genre of wizard rock into a newer, less visited world: wizardtronic. The music of MoM is a tapestry of orchestra, pop, rock, dance, and hip-hop carefully woven to create a full sensory experience for the type of fan attracted to wizard rock: imaginative, discerning, and filled with an appetite for something more than just the middle of the road.

They were signed to Indytronic Records until that label's dissolution. As of 2010, they have released five albums -- four LPs and an EP. The Triwizard Lp (2007), Goodbye Privet Drive (2008), Acoustiatius (EP, 2008), and Onward and Upward were released under Indytronic Records, and their latest offering, Magic is Might (2010), was released independently. In addition, members Mark Jennings and Jason Munday, along with Jeremy Jennings, worked on a side project under the name "Muggle Relations". Their lone EP to date is titled "I Must Not Tell Lies" (2009).

They have collaborated with a few wizard rock artists such as The Remus Lupins, Kristina Horner from The Parselmouths and The Moaning Myrtles. MoM was also featured on 'Jingle Spells' and 'Jingle Spells 2', two charity compilation albums to raise money for Book Aid International.