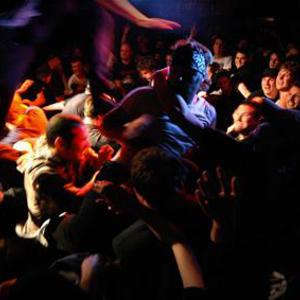 There are three bands called Mindsnare. 1) Hardcore Band from Melbourne, Australia They formed in 1993 as Mad Circle with the original lineup being Matt, Brad, Anibal and Bomber. In '94, Nigel replaced Anibal and Beltsy joined on second guitar, making the band a 5-piece for a short time. In October 94 they changed their name cause of American hip hop band Maad Circle and also recorded 8 tracks which were released by Deported.

By '95 Brad and Bomber decided to leave the band, thus back to a 4-piece with Sean replacing Bomber on drums. At this time a split with Toe to Toe was recorded which was going to be released by Kangaroo Records but eventually released by Spent Music (the songs also appeared on the "Credulity" vinyl release and rerelease of the cd version).

During '97 Lachlan (Caustic Soda drummer) replaced Sean on drums but in December '97 was forced to leave to devote his time to Caustic Soda. He left as soon as the Hardcore BBQ Tour along the East Coast with Toe to Toe, Myc and Downtime was completed. For the first few months of 1998 they had trouble finding a drummer but by July had settled on Dave from No Grace. They have supported Propagandhi, Bad Brains, No Fun At All, Millencolin, NOFX, Drop Dead, Nufan, Sick Of It All, Vision Of Disorder, Spitboy, H2O, Citizen Fish, Madball, All You Can Eat, Agnostic Front, Guttermouth and SNFU.

Dave left the band during 2000 and the stool has been filled by Gordy from Frenzal Rhomb, with him possibly becoming a permanent replacement. They appeared at the Amity Stock Festival on Stradbroke Island in October and were also on the bill for the WOW new years concert in Perth and a local pub show (their first ever in the west). They released their new album in March 2001 titled "Hanged, Choked, Wrists Slit" then did some touring for it across the country. They played the HC 2002 shows and some shows with Numb from Japan then took off on a national tour with Bloodduster starting in June. After their 2004 album called "The Death" it took three whole years before another album was released. "Disturb The Hive" came out in 2007 and showed that Mindsnare still had alot to offer. In 2008, Gordy left the band because of personal reasons. Mindsnare then went on a last tour printing "Gordy's last stand" versions of their popular self titled 7". It was believed this was to be their final tour as a lengthy break occurred afterward but as of December 2009, consisting of a show at the arthouse in Melbourne alongside Jungle Fever plus a headlining slot on Dogfight Records "Takedown 2009" in Sydney, the band is seemingly back to normal and with Gordy remaining. They are currently scheduled to play the popular Sydney festival "Hardcore 2010" which is now in its eleventh year.

2) Death Metal from Italy officially known as MIND SNARE as opposed to the Australian band, MINDSNARE

From Blood To Dust