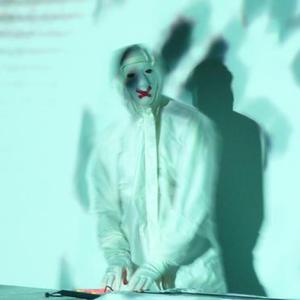 Minamata - legendary French industrial group, its name borrowed from the Japanese city, next to whom in 1954 there was a major technological accidents, causing severe pollution. With Minamata appeared in the mid 80's and performed as a trio a few years. At the time of radical and provocative it could compete only Le Syndicat. But then the creator of the group (Tiburce) dismissed the remaining members and continued to record music in solitude under the name La Nomenklatur.

Some records Minamata and La Nomenklatur he published on his own label, Les Nouvelles Propagandes, the most famous album was "La Legende De Voix", recorded in 1986 and re-label Ant-Zen. But in 2002 Tiburce decided to resurrect his old project, and even spoke with him at a concert in 2007. In 2008 the label Nuit & Brouillard released CD "Niigata" - reprint of the third tape recorded and released in 1985. Perhaps the most powerful of all the material heritage of Minamata, old school industrial with a large metal percussion and a wild roar of distorted voices instead of singing - a real agony.
And in 2009 came out boxing (CD + DVD) "Cyclator" with the new audio / video material, which Minamata presented in the program's recent festival "Tonwellen Konferenz 2" in Burscheid (Germany), which also featured such cult artists such as Hijokaidan, Whitehouse, Satori, Irikarah, Atrox, Flutwacht, Code 243 and N.Strahl.N.

Minamata disease - a syndrome caused by methylmercury poisoning. It was first discovered in Japan in the eponymous city in 1956. Symptoms include dysmotility, paresthesia in the extremities, weakened vision and hearing, and in severe cases - paralysis and impaired consciousness, ending with a fatal outcome. The cause of the disease served as the company extended release "Chisso" in the water Minamata Bay mercury that benthic organisms in its metabolism transformed into methylmercury. The history of this disease is largely metaphorical and characterizes all of the state of contemporary socio-economic system. How many man-made disasters, Minamata disease long ignored - until today. Trying to draw attention to this problem, a French musician and videoartist Philip Eskartan released the first album of Minamata in 1984, and since then has become synonymous imyaya project, a kind of symbol of the absurdity and outrageous indifference prevailing in the relations between industry, nature and society. "Cyclator" - this kind of structure, supposedly invented to purify water in Minamata Bay. After long conversations and assurances by the Government found that it was just another bluff. The number of victims of environmental disasters is growing every day, but none of their problems by and large do not care. The scope of self-titled album, in addition to CD-ROM also includes a DVD with videos and concert recordings. Stylistically, this power-electronics of the old school - a rebellious, uncompromising, brutal and aggressive.