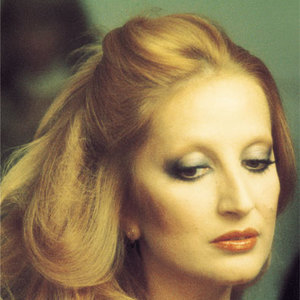 There are 7 MINAs: 1. Mina, stage name of Anna Maria Mazzini (March 25, 1940, Busto Arsizio, Province of Varese), is an Italian singer. She lives in Switzerland. Although born in a small town of Lombardy, she grew up in Cremona city: where her nickname of "Cremona Tiger" was given to her by her friend, the journalist Natalia Aspesi. She began her career singing pop songs with a "jazzy" feel in the late 1950s. Her first stage name used to be Baby Gate.

Although born in a small town of Lombardy, she grew up in Cremona city: where her nickname of "Cremona Tiger" was given to her by her friend, the journalist Natalia Aspesi.

She began her career singing pop songs with a "jazzy" feel in the late 1950s. Her first stage name used to be Baby Gate. After a 1958 concert at La Bussola, a nightclub on the Versilia famous for hosting artists such as Frank Sinatra and Ella Fitzgerald, she became a national star in Italy. Her first television appearance was in 1959. In the following two years she took part in the Sanremo Music Festival.

In 1963 her TV and radio career for Rai came to an end, as she refused to hide the fact she was pregnant (she had a relationship with actor Corrado Pani, who was married to Renata Monteduro). However, her unscathed appeal with the audience later made Rai's functionaries call her back. Mina subsequently appeared in numerous TV shows, mostly as a hostess, during the late 1960s and the 1970s. Mina gained also wide popularity abroad, singing also in French, German, Turkish and Japanese. In 1966 she moved her residence to Lugano, Switzerland, obtaining Swiss citizenship in 1989.

Her most famous songs were written by the prolific duo Mogol-Battisti. It was Lucio Battisti who wrote the music for many of her hits including, "Amor Mio", "Io e te da soli" and "Insieme".

After retiring from public appearances by the end of 1978 she continued to release albums on a yearly basis, usually featured on the top 10 charts in Italy with the new single releases. Recent releases include duets with Fabrizio de Andr? and Adriano Celentano.

2. Mina was an instrumental post-disco band from Germany. They've had two albums released and a remix compilation before splitting up for good.

3. MiNa, a side project of Luk Zimmermann and Ja?l Krebs, both members of Lunik

4. Mina (aka "Shin Mina") is a Korean singer who was first a back-dancer for various Korean Pop Artists (Park Jin-Young, and Park Ji-Yoon to name a few). She initially found instant fame as the "World Cup Girl", as photographers noticed her beauty and immediately became the center of attention world-wide over-night. Pictures of her with the "Be The Reds!" bandanna around her chest and the Korean flag used as a skirt were beamed around the world, and she received her 15 minutes of fame. Desiring to elongate that fame, she quickly signed a record deal with J-Entercom Entertainment (labelmates include WAX, JADU, Kim Gun-Mo, Lee Ssang, and Double K) and released her first album, Rendezvous, in the fall of 2002. Although going for the sexy image that was popular at the time (with the single "????-?" (Answer The Phone) (a cover of a K.I.S.S. song, who were also signed to the label before their break-up), the album failed to sell many copies. She quickly disappeared from the industry but returned in the summer of 2004 with her second album Re:turn 2 Mina. This album proved to be a bit more popular, as her single "??" (Turn) caught the attention of the Korean public; it was also supported with live-vocal performances. (JiNi, the main singer from K.I.S.S., contributed uncredited vocals to Mina's album.[citation needed])

Due to internal affairs with J-Entercom Entertainment[citation needed], Mina then left her first record company, and signed with EMI Korea for her third album. Her third album Kiss Kiss came in the fall of 2005 with an even sexier image. Mina trained in Europe in order to belly dance and made her music video for her title track there as well. The cover of the Turkish song, though, failed badly, with the album selling less than 10 000 copies. She has since released an English single for the European market, even going as far as making a MySpace page for the single. However, she has remained in Korea and promoted her poorly-received last single Fly High during the 2006 FIFA World Cup, a tribute to the competition that started her career. At the time, she also released a nude photo album to "inspire" the Korean athletes (note: contains censored picture).

Her fourth album was scheduled to be released in April[1]; however, the release of Minastasia was delayed until 9 July 2007. Her first single, "Look", features Ak'sent.

5. Mina is a German singer.

5. Mina is a Lithuanian rapper.

6. Mina is a Japanese Singer.