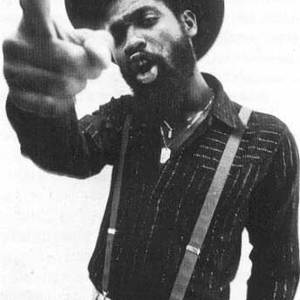 Michael Campbell (1954-2008), better known as Mikey Dread, was a multi-talented Jamaican singer, producer, and broadcaster. During his long career, he brought dub music to the cultural fore in not only Jamaica but internationally, courageously fused dub with punk via work with The Clash, spread a global message of racial unity, and played a seminal role as a forefather of the now popular and very commercial dancehall and even reggaeton styles with popular dub cuts like Roots and Culture.

From an early age, Campbell showed a natural aptitude for engineering and electronics. After he finished college, Campbell started out as an engineer with the Jamaica Broadcasting Corporation (JBC). Campbell wasn't impressed that the JBC's playlists mainly consisted of bland, foreign pop music at a time when some of the most potent reggae was being recorded in Jamaica. He convinced his JBC bosses to give him his own radio program called Dread At The Controls, where he played nothing but reggae. Before long, Campbell (now using the DJ name Mikey Dread) had the most popular program on the JBC. Well-known for its fun and adventurous sonic style, Dread At The Controls became a hit all over Jamaica. Inevitably, JBC's conservative management and Campbell clashed, and he quit in protest.

By that time, Campbell had earned a solid reputation as a singer and producer and began recording his own material. Distinctive albums such as Dread at the Controls, Evolutionary Rockers, and World War III all became favorites amongst reggae fans. His collaboration with producers King Tubby and Carlton Patterson stand out as some of the best work each party has done. Campbell's music attracted the attention of British punk rockers The Clash, who invited him over to England to produce some of their music. Although initially suspicious of the strangers, Campbell soon became the best of friends with the band. He became known by many listeners through this association with The Clash, with whom he toured as a pre-show DJ & onstage toaster, producing their hit "Bankrobber" single, and vocalizing on Sandinista album cuts "Living In Fame," "One More Time" and "If Music Could Talk". Campbell also toured with The Clash across Britain, Europe, and the US, gaining many new fans along the way.

After many years working as a producer and singer, Campbell withdrew from the business and moved to Miami where he furthered his college education with courses in electronics and business. Disgusted with several unfair contracts with record companies, Campbell shrewdly waited until all of the existing contracts expired and then regained control over his entire catalogue. Thenceforth, he re-released much of it on his own Dread at the Controls record label. Campbell continued to tour, produce, and record, celebrating 30 years in the music business in 2006.

Dread at the Controls/ Evolutionary Rockers