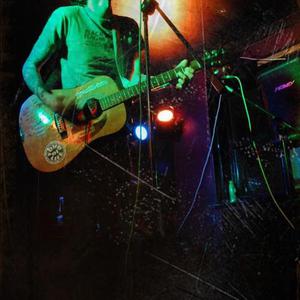 5. Mike scott is a folk artist from Bristol, UK - his album is called 'Shed Songs'.

1. Michael 'Mike' Scott (born 14 December 1958 in Edinburgh, Scotland) is the founding member, lead singer and chief songwriter of rock band The Waterboys. He has also produced two solo albums, Bring 'em All In and Still Burning. Scott is a vocalist, guitarist and pianist, and has played a large range of other instruments, including the bouzouki, drums, and hammond organ on his albums.
Scott was interested in music from an early age. At age twelve, after the family had moved to Ayr, he began a serious interest in learning guitar. The next year, Scott was playing in school bands and formed the band Karma, named after the tenet in Hinduism, with a friend named John Caldwell. Karma's sound was inspired by David Bowie, The Beatles and Bob Dylan.
Scott and a guitarist named Allan McConnell formed a band, The Bootlegs, which gave way to Another Pretty Face in 1978 when Caldwell and two other friends joined. The band achieved remarkable success with their first single "All the Boys Love Carrie"/"That's Not Enough" when New Musical Express named it "Single of the Week". The band signed a contract with Virgin Records, was featured on the cover of Sounds magazine, and toured with Stiff Little Fingers. Virgin, however, after receiving a demo tape from Another Pretty Face, released the band four months after the signing.
In 1980 through 1982 Scott, amongst other projects, began working with Sudden. Another Pretty Face continued to release music, and came to the attention of Nigel Grainge, founder of Ensign Records. Grainge signed Another Pretty Face to the label, and the band moved to London, changing its name to Funhouse (taken from the name of The Stooges' album Fun House). Scott had become dissatisfied with the band. He later described Funhouse's sound as "similar to a jumbo jet flying on one engine". Scott began working on solo songs and recordings, a decision that led to the creation of The Waterboys. A December 1981 session at Redshop Studios formed the beginnings of The Waterboys' first album, The Waterboys.
The Waterboys' membership has changed a great deal throughout the group's existence. Anthony Thistlethwaite, Karl Wallinger, Kevin Wilkinson and Steve Wickham all made major contributions, but Scott describes the band as his project. "[T]o me there's no difference between Mike Scott and the Waterboys; they both mean the same thing. They mean myself and whoever are my current travelling musical companions". The Waterboys' first release was a single of "A Girl Called Johnny" in March of 1983. The first album came out that June. Along with The Waterboys, the next two albums, A Pagan Place and This Is the Sea, released in 1984 and 1985, contained songs mostly written by Scott, and together formed the band's "Big Music" period. After the official addition of fiddler Steve Wickham and a move to Ireland, the next two albums Fisherman's Blues (1988) and Room to Roam (1990) were instead Irish music-inspired folk-rock, a sound similar to that of We Free Kings, a band that Scott and Wickham performed with in 1986. Scott's musical style changed again when he, under the name The Waterboys but without any other members, recorded a hard rock album, Dream Harder, in 1993. It was the last album to come out under the band's name until 2000. The band had dissolved over personnel issues and Wickham's desire to remain with a folk-rock, or purely folk music, sound. After two Mike Scott solo albums, A Rock in the Weary Land was released under The Waterboys name, demonstrating yet another musical style, which Scott called "Sonic rock". 2002's Universal Hall was a return to a folk-rock sound. It was followed by Karma to Burn, released in 2005, which was the groups' first official live album.
Solo albums:-
1997's Still Burning was the last Scott solo album before re-forming The Waterboys.
In addition to the albums he released with The Waterboys, Scott released two solo albums in the nineties. The first Bring 'em All In (1995), was recorded at the Findhorn Foundation in north Scotland, with Mike Scott playing all instruments himself. In contrast, for his second solo album, Still Burning (1997), Scott assembled a group of session musicians including Pino Palladino and Jim Keltner. Guesting on the album was former Icicle Works frontman Ian McNabb. Songs from the two albums appeared on 1998's compilation album The Whole Of The Moon: The Music Of Mike Scott And The Waterboys along with songs from The Waterboys.
Scott created his own record label Puck Records in 2003, which released The Waterboys' Universal Hall. In 2005, Karma to Burn was released, also by Puck Records, and included tracks from Scott's solo career played by the current The Waterboys line-up.
Discography (solo(:-
* Bring 'em All In (1995)
* Lion of Love (fan club only release.)
* Sunflowers (fan club only release.)
* Still Burning (1997)

2. MIKE SCOTT was bassist for well- known underground melodic hardcore band Phinius Gage from 2003-7. Since then he has turned his attention to playing acoustic punk rock ? and SATURATION POINT is Scott's debut full length record. It was released on Germany's Fond of Life records and Switzerland's Bad Mood Records. A compilation of his earlier recordings is called (Almost) Everything Else. He also has splits with Kevin Seconds and Flav Giorgini.

Bring 'em all in