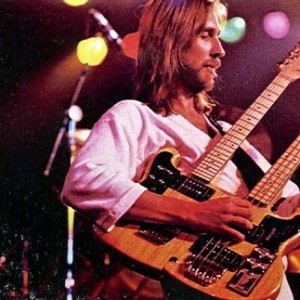 Michael John Cleote Crawford Rutherford (born 2 October 1950 in Guildford, Surrey) is an English musician. He is a founding member of Genesis, initially as a bassist and backup vocalist. In later incarnations of Genesis, he assumed the role of lead guitarist. He is one of only two constant members in Genesis (the other is keyboardist Tony Banks). He also fronts his own band Mike & The Mechanics. He was inducted into the Rock and Roll Hall of Fame as a member of Genesis in 2010.