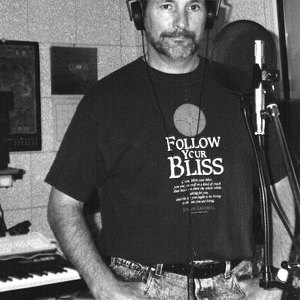 The co-founder, keyboard player, and one of the three principal singers of the Moody Blues, Mike Pinder was a very visible presence in early progressive rock circles. A pioneering user of the early electronic keyboard instrument the Mellotron as a substitute for a full orchestra, Pinder's work served as the model for the playing of musicians such as Barclay James Harvest's Woolly Wolstenholme, Blue Weaver of the Strawbs, and, to a lesser degree, Ian McDonald of King Crimson, though the latter group quickly evolved its own sound with the instrument.

During his years with the Moody Blues, Pinder was known for the lush, dense sounds he generated from his Mellotrons (which yielded such high volumes in concert that the sound off his speakers created wind currents on the stage), which he modified so extensively by the beginning of the 1970s, that they became known unofficially in the rock press (which covered the Moody Blues extensively in those days) as "Pinder-trons"; and for his compositions, which were frequently steeped in a brand of mysticism that recalled the English Romantic poets. During the group's mid-'70s hiatus, Pinder recorded a solo album, The Promise, which grafted elements of what would later be called New Age music onto his established Romantic sound. He returned to the group's lineup for one reunion album (Octave) and then retired to California, rather than embark on a world tour. Since then, Pinder has released several CDs of new age-oriented material on his own One Step label, including A Planet with One Mind and A People with One Heart, both beguiling CDs built around mythological tales and images (intended for children, but accessible to general listeners) drawn from different cultures around the world, told with lush and lyrical musical accompaniment. Pinder was one of the few truly gifted Mellotron players in rock, capable of coaxing extraordinarily rich sounds from this rather restricted instrument. His departure from the Moody Blues took him off the rock world's musical stage, but the continued popularity of their early albums ensures that his music and playing are still widely heard and regularly rediscovered.

His album The Promise is currently unavailable on last.fm.

Planet With One Mind