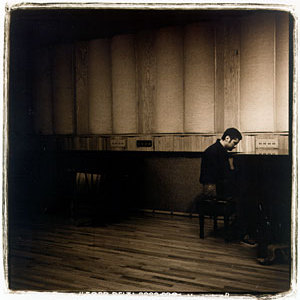 As a member of San Francisco pop-act The Sneetches (1985-1995) Levy recorded six records and three EPs. Five years ago Mike Levy began recording a solo album for the Bus Stop label, and after some fits, starts, and down time, Parasol climbed on board at the beginning of 2000 to see the album through to the finish. Six months ago we had a line-up of comparisons in mind that must've included The Beatles, June & the Exit Wounds, maybe Linus of Hollywood, and we really can't remember the rest. None of us can.

Fireflies has become an album that we're going to compare future records to. During the recording of Fireflies Levy was joined on various tracks by his former Sneetches accomplices Matt Carges, Alec Palao, and Daniel Swan, and while the songs are mainly piano driven--not overtly flashy like Ben Folds or Elton John--there's plenty of ornate instrumentation. Our favorite is the second song "New Day," which sounds like something off the second Korgis album. Korgis? That's the point. The songs sound familiar, but in that special your-favorite-song-on-an-obscure-album sort of way.