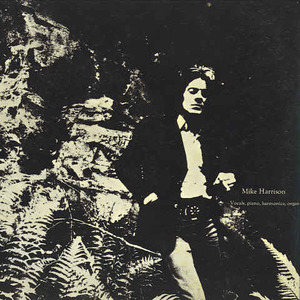 Born in Carlisle in 1942, at 14 Harrison heard the future in Elvis Presley's Don't Be Cruel floating over the pirate radio waves and found his own voice and consuming passions somewhere between Ray Charles and Etta James. In 1963, he and his mates, including future Humble Pie bassist Greg Ridley, formed The VIPs, tasted local success and tried their luck in Swinging London. Chris Blackwell signed The VIPs as one of the first bands on his fledgling Island label...

Chris Blackwell signed The VIPs as one of the first bands on his fledgling Island label, they had a chart topping single in Europe - I Wanna Be Free ? before morphing into the prog rock Art with a couple of personnel changes.

American Gary Wright, later to have the massive 1976 US Number 1 Dream Weaver, joined and the band again changed into the celebrated, hard rock Spooky Tooth.

Acclaimed debut 1968 album It's All About followed and a year later Spooky Two confirmed the band's reputation and commercial popularity, if only in the USA and Europe.

Legends everywhere else, Spooky Tooth remained cult heroes in the UK, feted by their peers and university students, known as one of the great live bands of the day in the right circles.

Despite sold out tours of America, sales into the hundreds of thousands, Harrison quit to pay the mortgage in 1976.

?We never made a penny from touring, although someone did and I've never seen a royalty for record sales in my life. If I had the money for a lawyer I'd pursue it. I just enjoyed singing, it didn't matter where I did it.?

?But I did gigs in Germany and we recorded an album, I just thought, ?this is what I'm best at, let's get back into it'.?

Mike Maslen, boss of Halo Records and Mike Harrison worshipper, heard of these new adventures and set about convincing his hero to consider the unthinkable.

?I swore blind I'd never do a record for another company,? Harrison shakes his head, ?But Mike's great, he's given me total freedom. I had in mind to do an album of Ray Charles songs and then expanded to just songs I love singing. As it happens they're mainly by Ray Charles and Etta James, there's one Otis Redding.?

Currently recording at Grange Studios, the two Mikes are aiming for an authentic soul album, recording in analogue to really mine Harrison's roots. Early results showcase as uniquely an authentic voice as has ever emanated from these shores and Harrison's ethos of ?keep it simple' is reaching to the core of great, great songs, infusing them with a lifetime's experience that more illustrious musicians are sadly lacking.

?I don't regret much, except not looking after the money,? he considers, ?I don't regret anything I did musically and I don't regret giving it all up because probably if I stayed in it I'd be dead or totally sick of it.

?A lot of my contemporaries believed their own hype and went down the tube. I've always believed that with music, if you have any talent at all, it doesn't come from you, it comes through you. It's a gift and should be shared. I certainly don't stand there thinking ?look at me.' All I want to do is make people smile and make it good.?

Standin' On the Rock